Welcome back, Jayhawks! August 21 not only marks the beginnings of the new school year; today it’s also Wilt Chamberlain’s 82nd birthday. Did you know that, in addition to playing basketball, he was also on the Track & Field team while at KU? It’s true! He was and we’ve got the footage to prove it.

While inspecting some reels of film from the 1957 Kansas Relays, we happened upon some footage of a man with a dapper-looking red and black plaid hat. It was none other than Wilt Chamberlain. 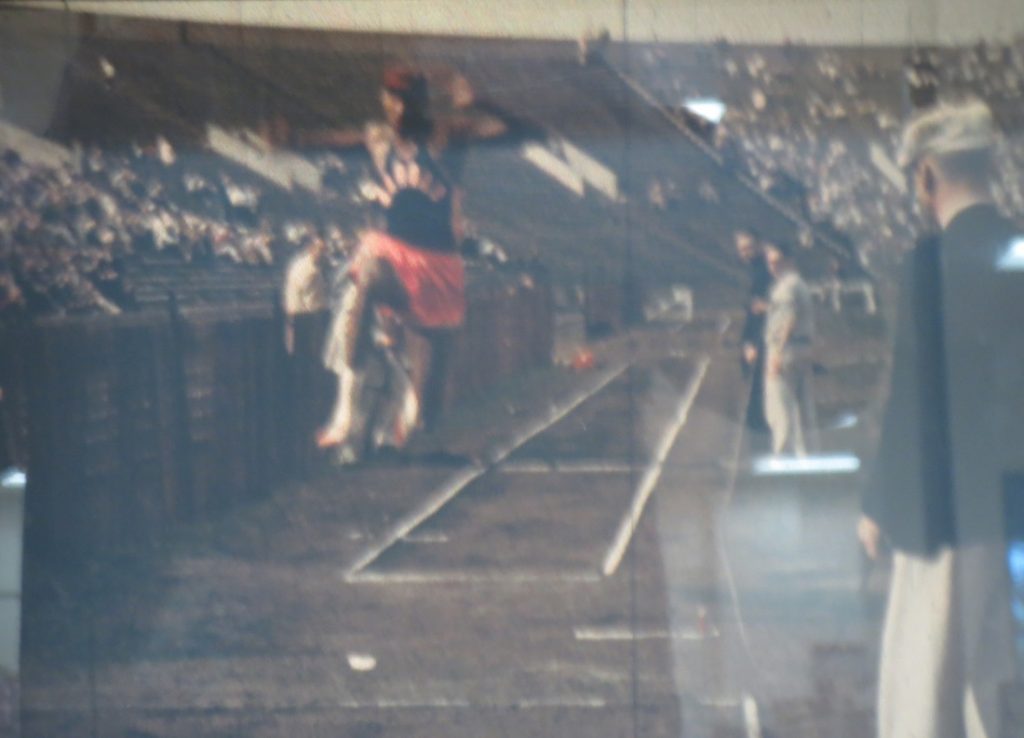 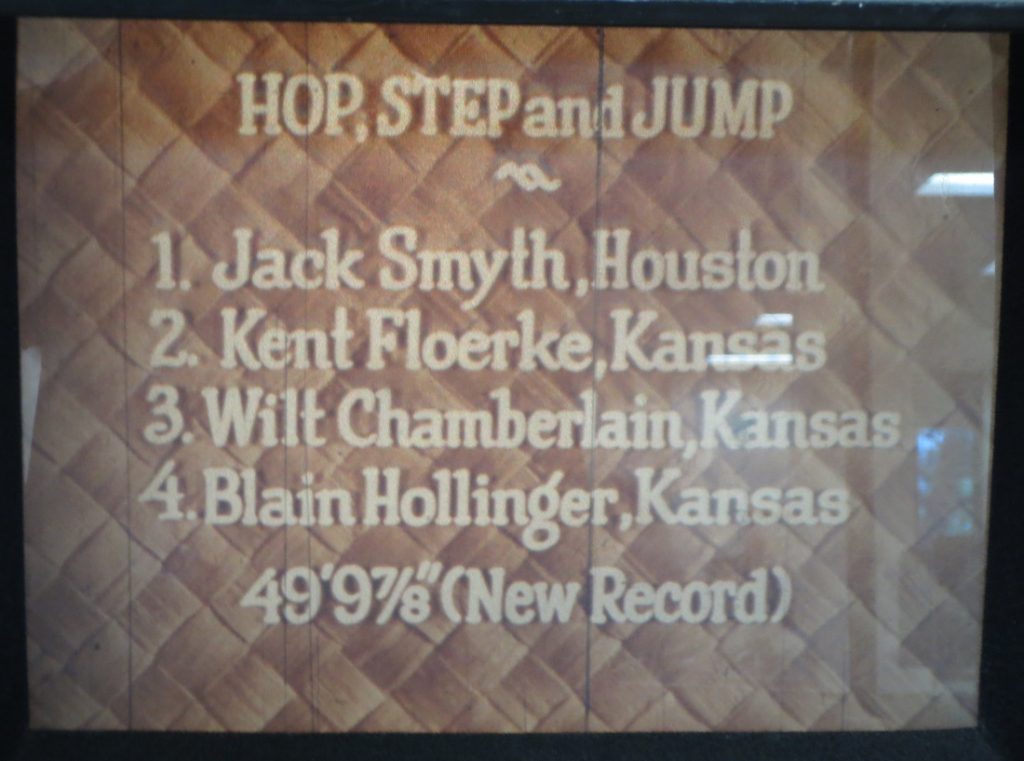 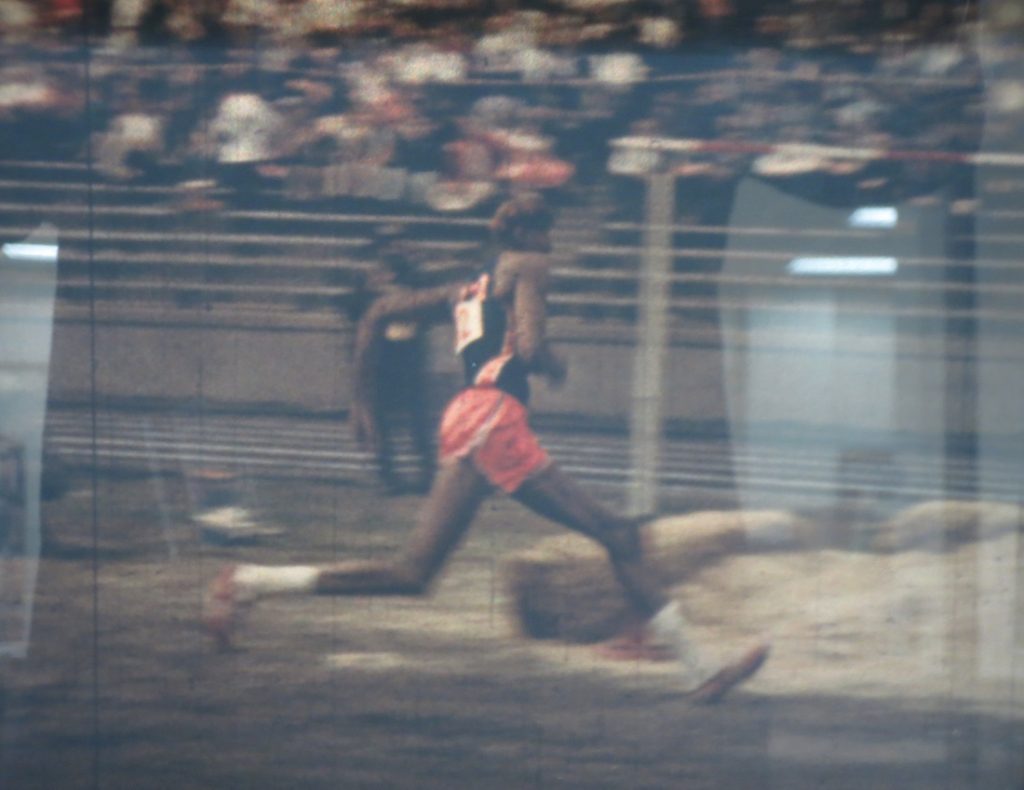 Wilt Chamberlain in the high jump event at the Kansas Relays, 1957.
I don’t know how he did it, but his hat stayed on during the jump.
University Archives. Call Number: UA 12994. Click film still to enlarge. 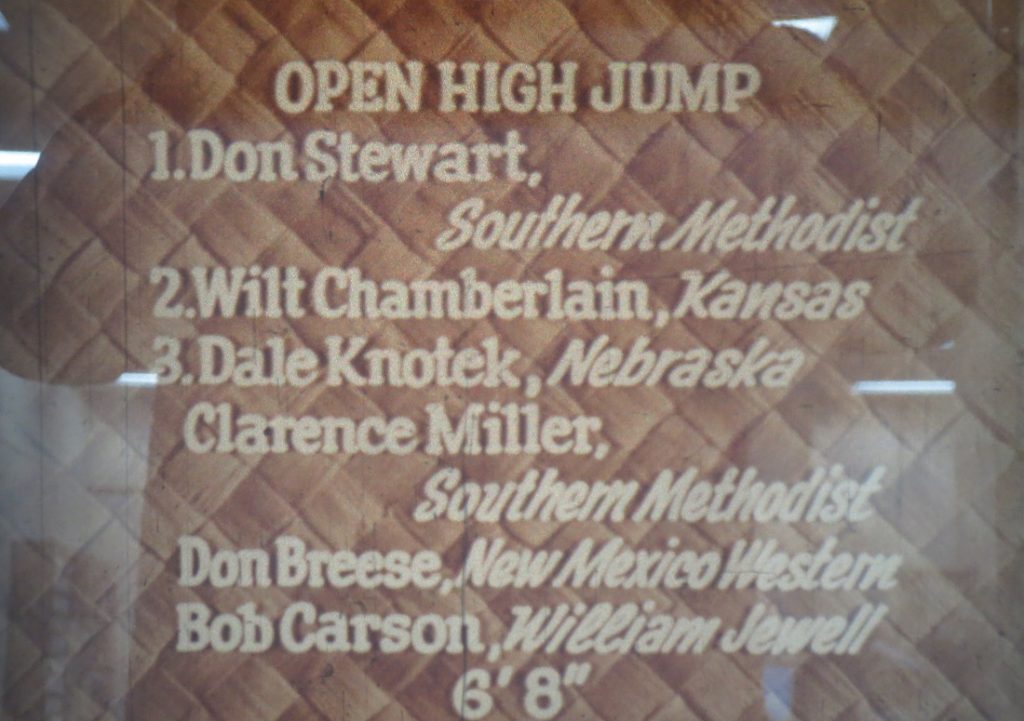 Although Wilt didn’t win these events, his athleticism is undeniable.