Check the blog each Friday for a new “That’s Distinctive!” post. I created the series because I genuinely believe there is something in our collections for everyone, whether you’re writing a paper or just want to have a look. “That’s Distinctive!” will provide a more lighthearted glimpse into the diverse and unique materials at Spencer – including items that many people may not realize the library holds. If you have suggested topics for a future item feature or questions about the collections, feel free to leave a comment at the bottom of this page.

This week “That’s Distinctive!” celebrates Kansas Day! This year Kansas Day, which is January 29th, marks Kansas’s 162nd year of statehood. Kansas became the 34th state in 1861. You can find some fun facts about Kansas day via the National Today website and the Kansas State Historical Society’s Kansapedia.

In honor of Kansas Day, I have chosen to exhibit The Kansas Guidebook for Explorers by Marci Penner. The inside cover boasts that “this is the most comprehensive guidebook to exploring Kansas.” The book is split into sections by different areas of the state and then breaks down further into counties and cities/towns. The book boasts over 400 pages of places to visit throughout Kansas. Written in 2005, you may find that some (or many) of the businesses have closed but the most loved are still in existence today. In 2012, Marci Penner and WenDee Rowe set out to release The Kansas Guidebook 2 for Explorers. Below are a few pages from the 2005 edition (including Lawrence, of course).

Summer has arrived and with it one of the busiest times of the year for Kansas farmers: wheat harvest!

Kansas is the leading state in the nation for winter wheat – wheat planted in the fall and harvested in the summer – with seven to eight million acres planted and hundreds of millions of bushels produced each year.

With the start of harvest fast approaching, please enjoy these photos of the wheat harvests of the past!

Venture outside the Kansas cities and you will find one of the state’s greatest assets: its farmland. During this time of year, many of the rolling fields are starting to turn gold as farmers prepare for Kansas’ upcoming wheat harvest. Kansas is the nation’s leader in the production of winter wheat – wheat planted in the fall and harvested during the late spring and summer – with eight to twelve million acres of winter wheat planted in the state every year.

As we look forward to the upcoming harvest season, let’s take a look at some photos of wheat harvest in Kansas from the early to mid twentieth century. 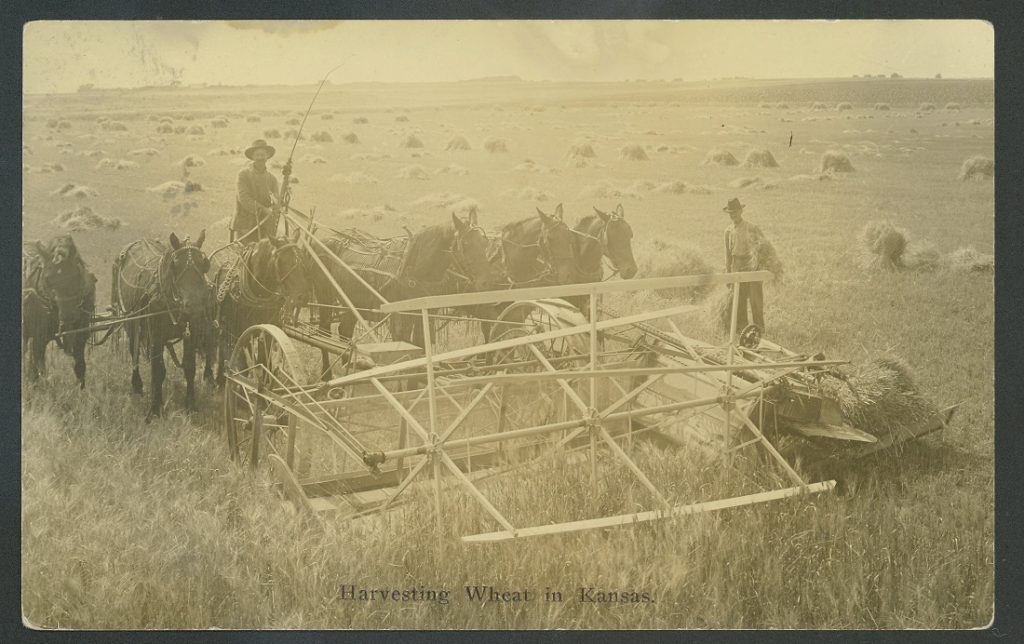 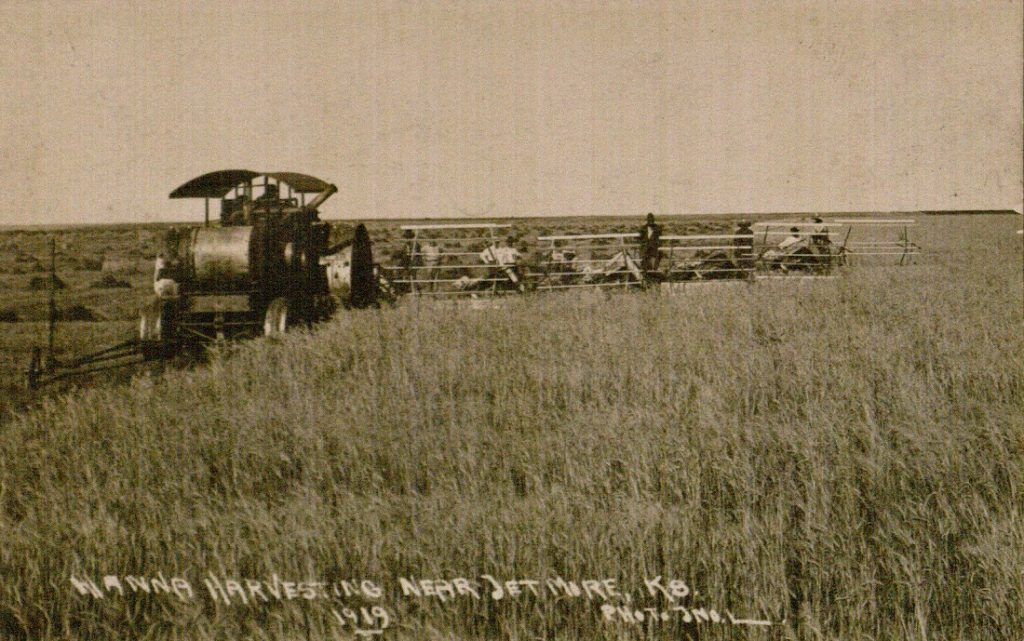 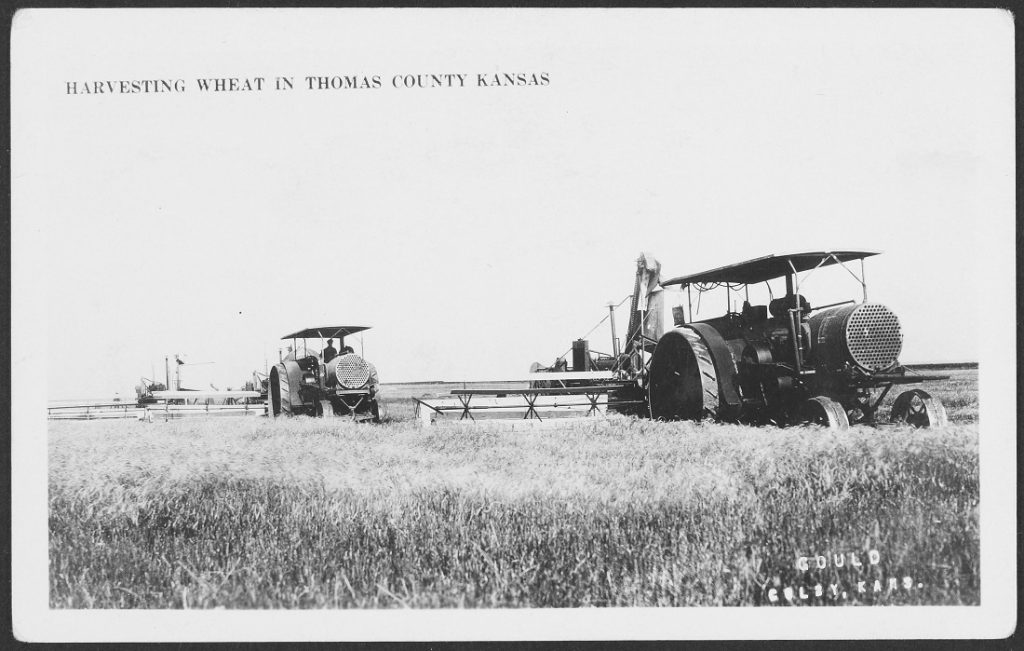 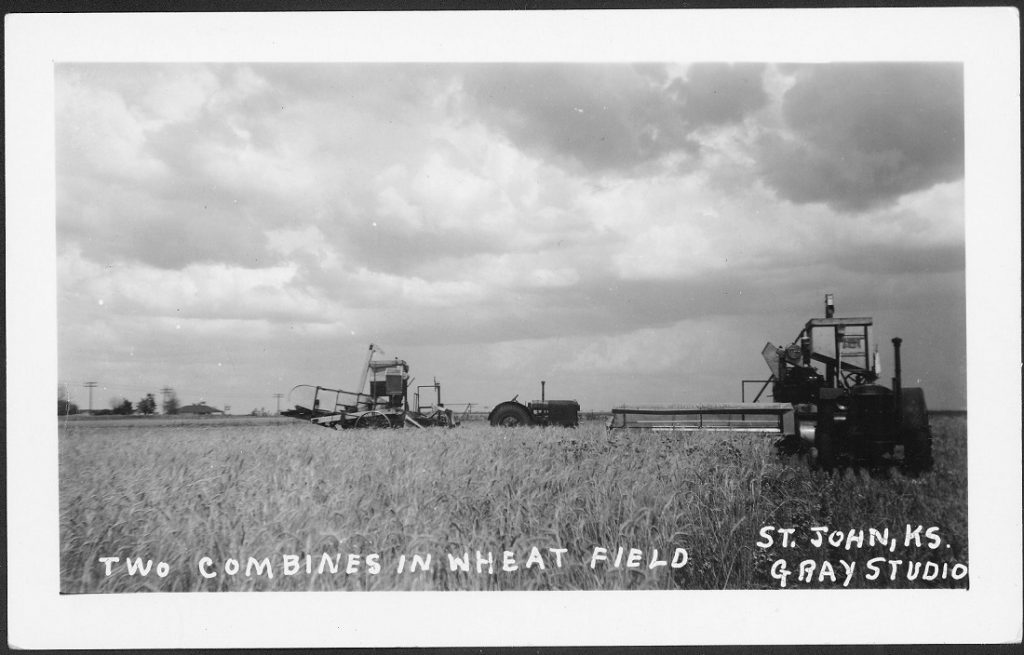 Even as the times and technology change, one thing remains constant: Kansas continues to lead the way when it comes to wheat production!