Stay cool out there, Jayhawks! 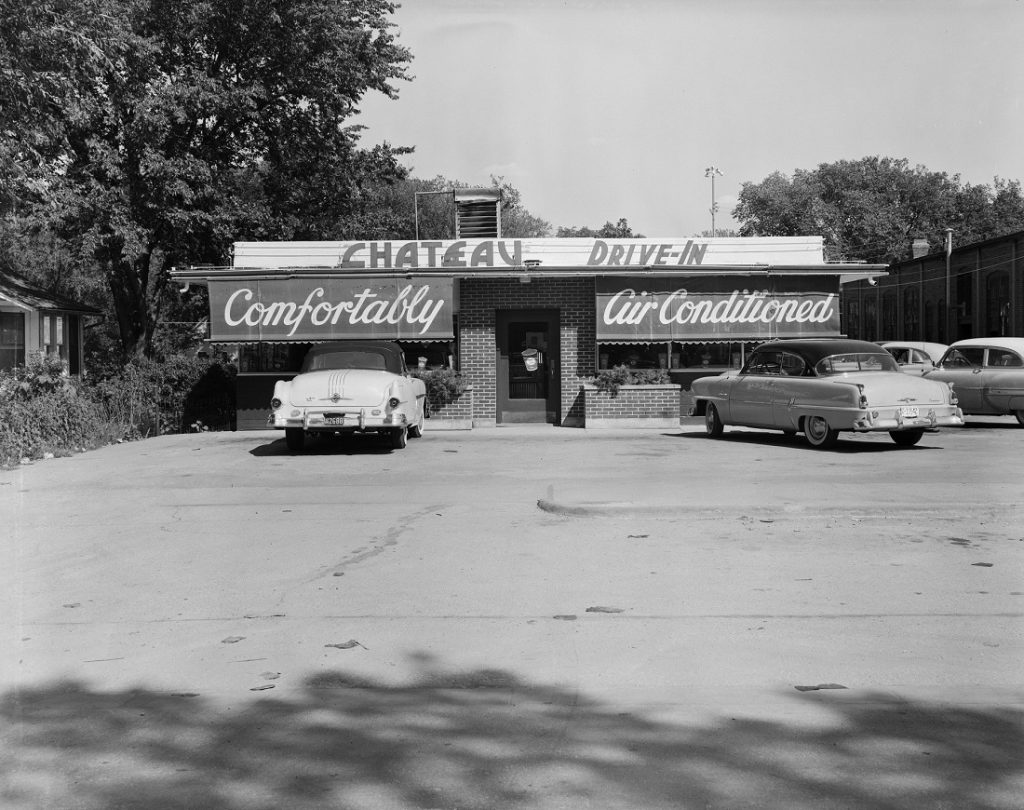 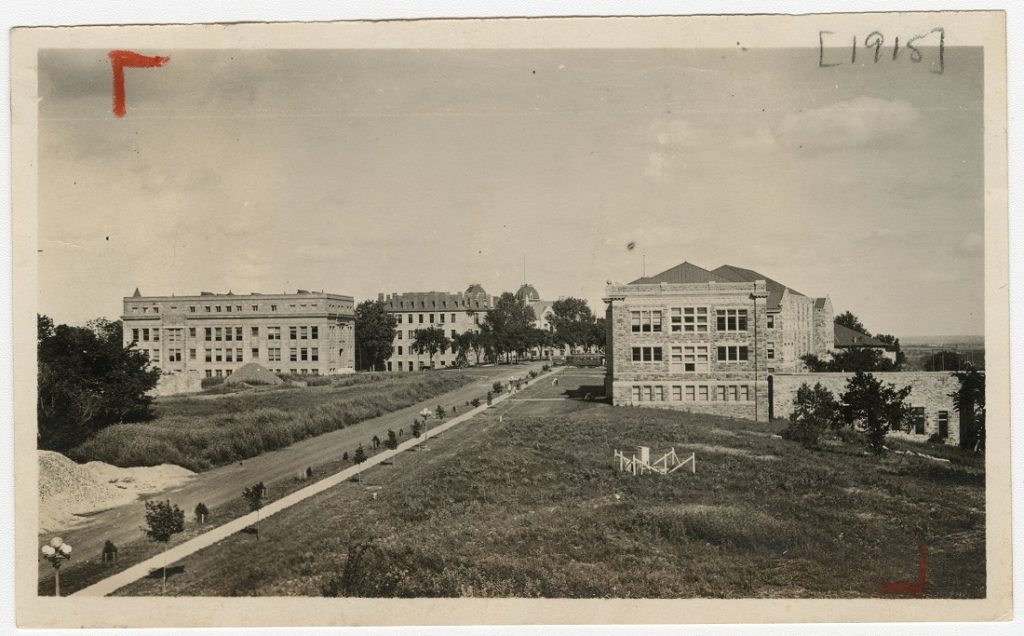 The photo was likely taken from Marvin Hall.

The buildings from left to right are Strong (east wing only), Bailey, Old Fraser, Old Snow, and Old Haworth. Old Robinson Gymnasium and the Fowler Shops are also visible behind Haworth, to the right. Zoom in and look closely to see a campus streetcar. 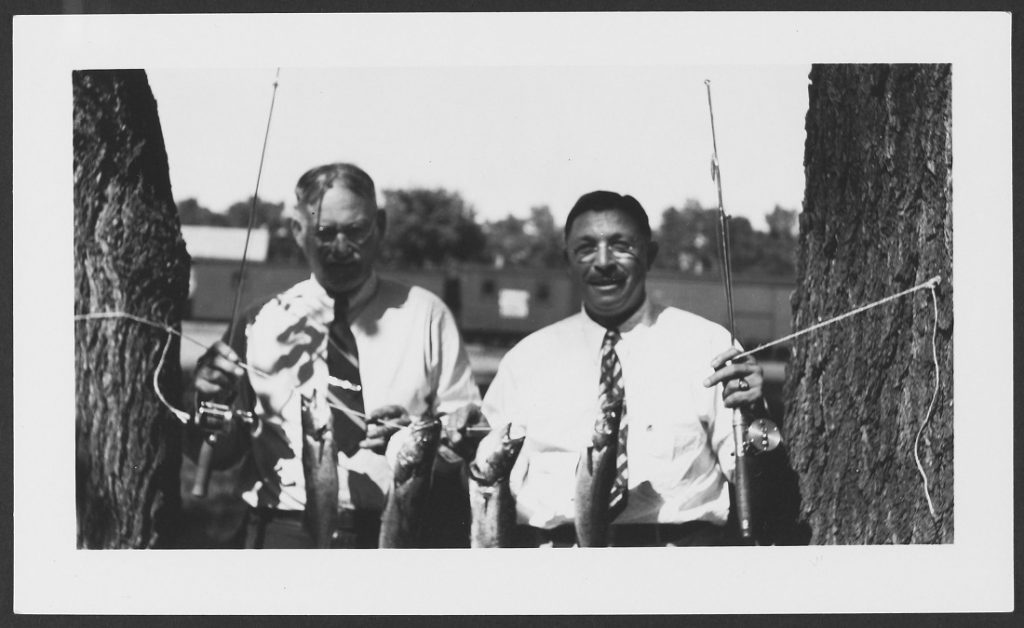 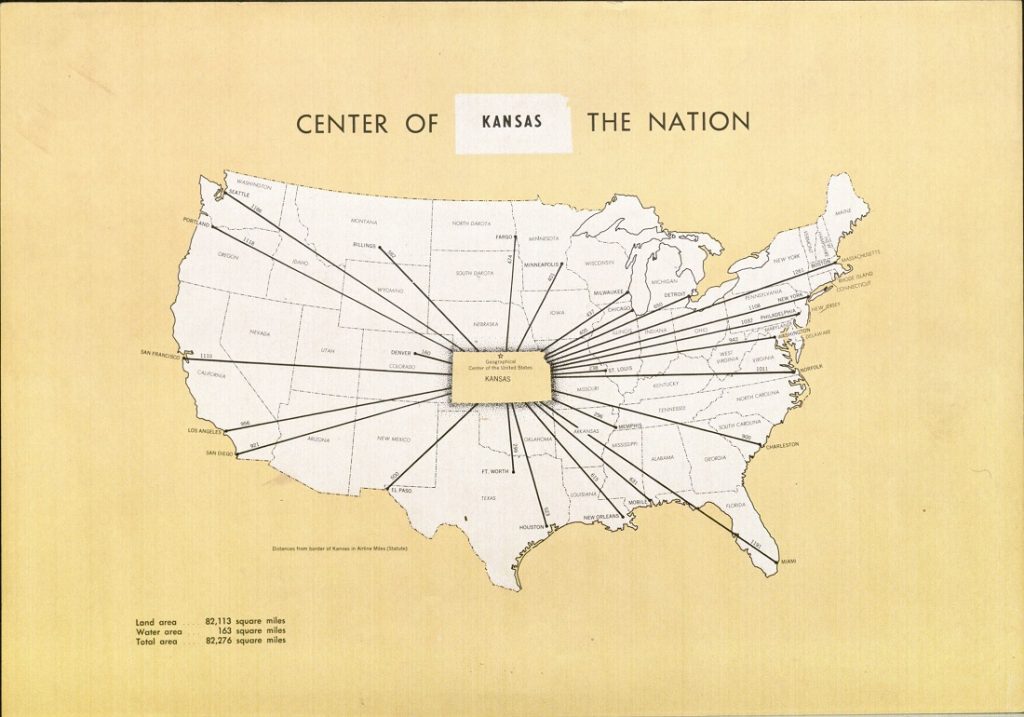 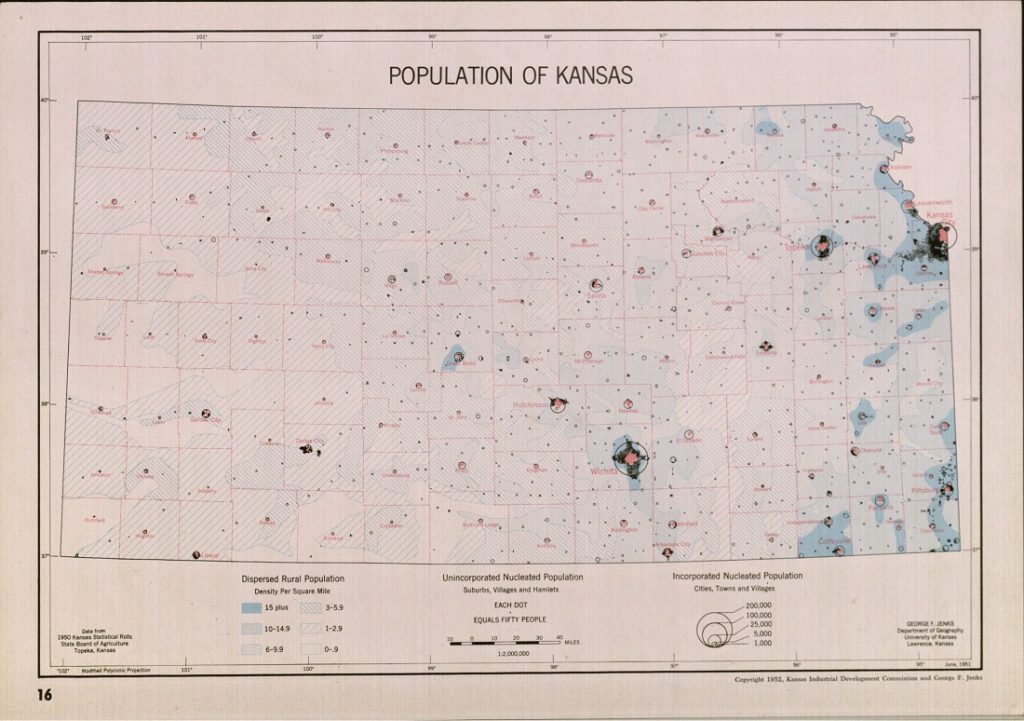 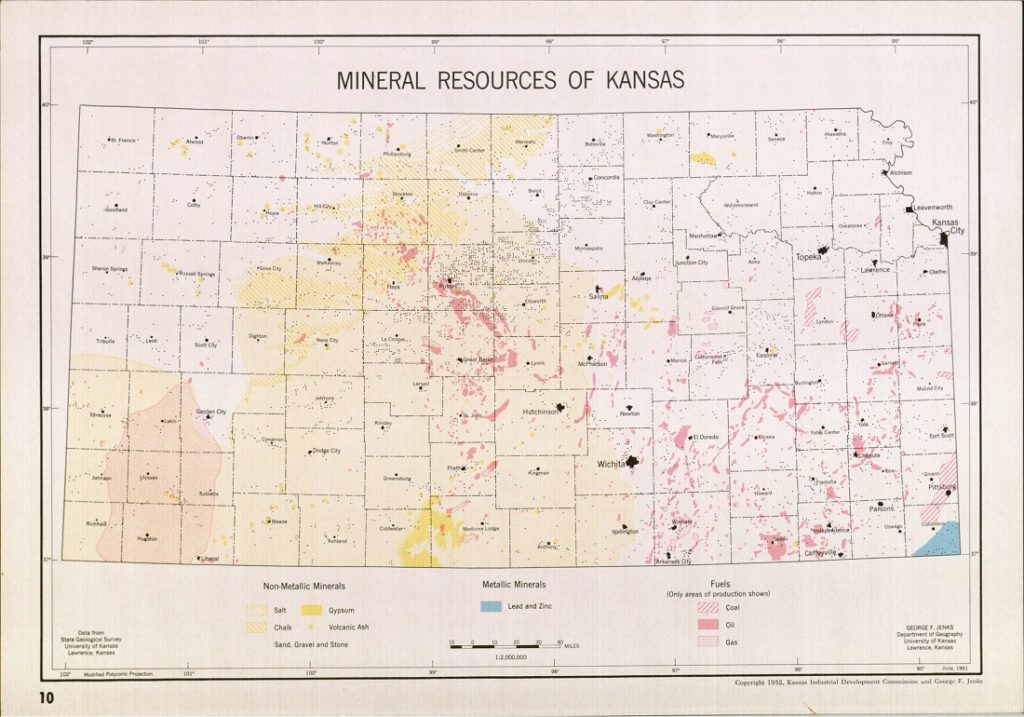 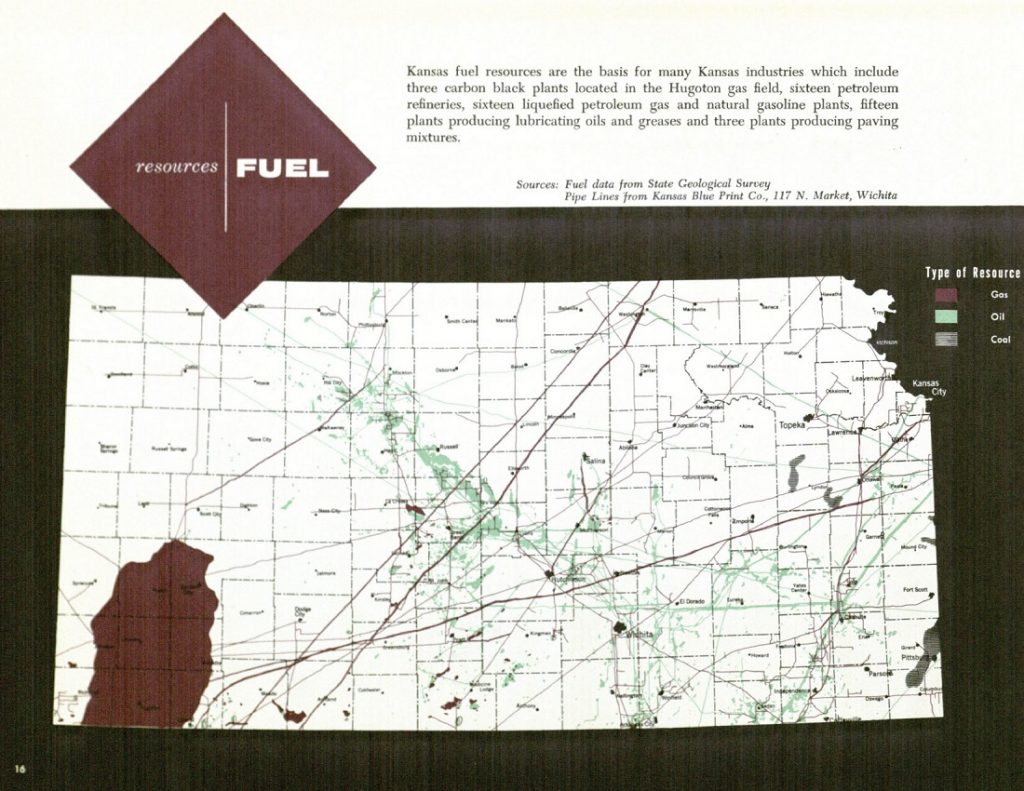 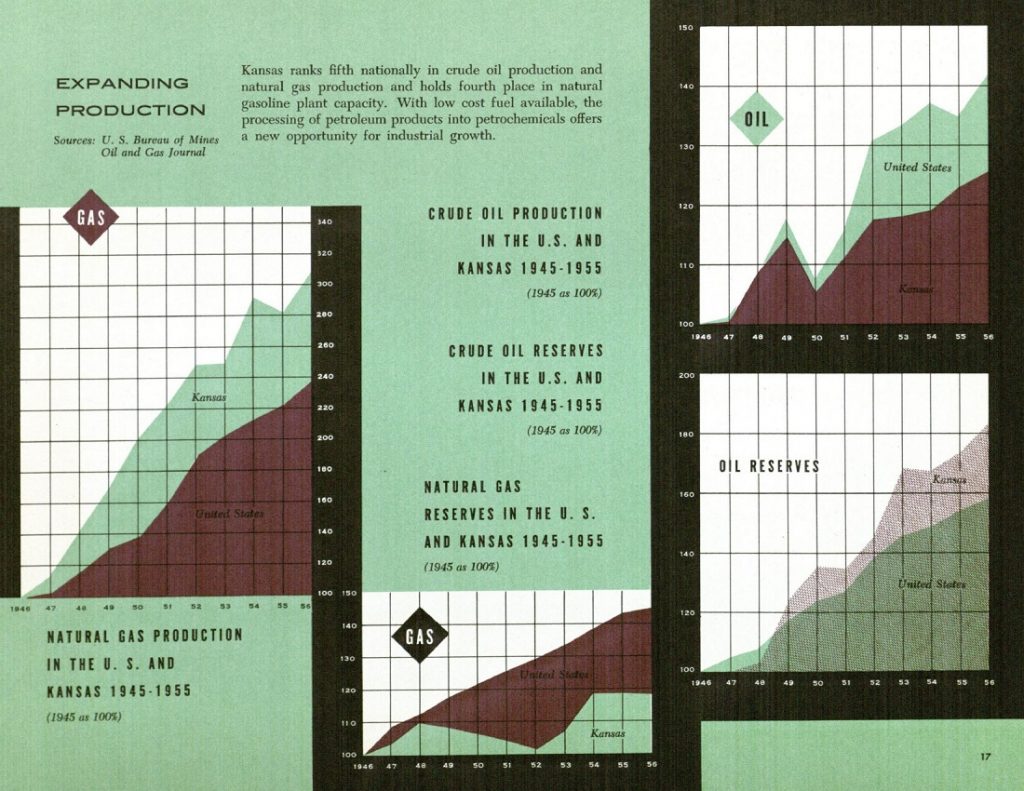 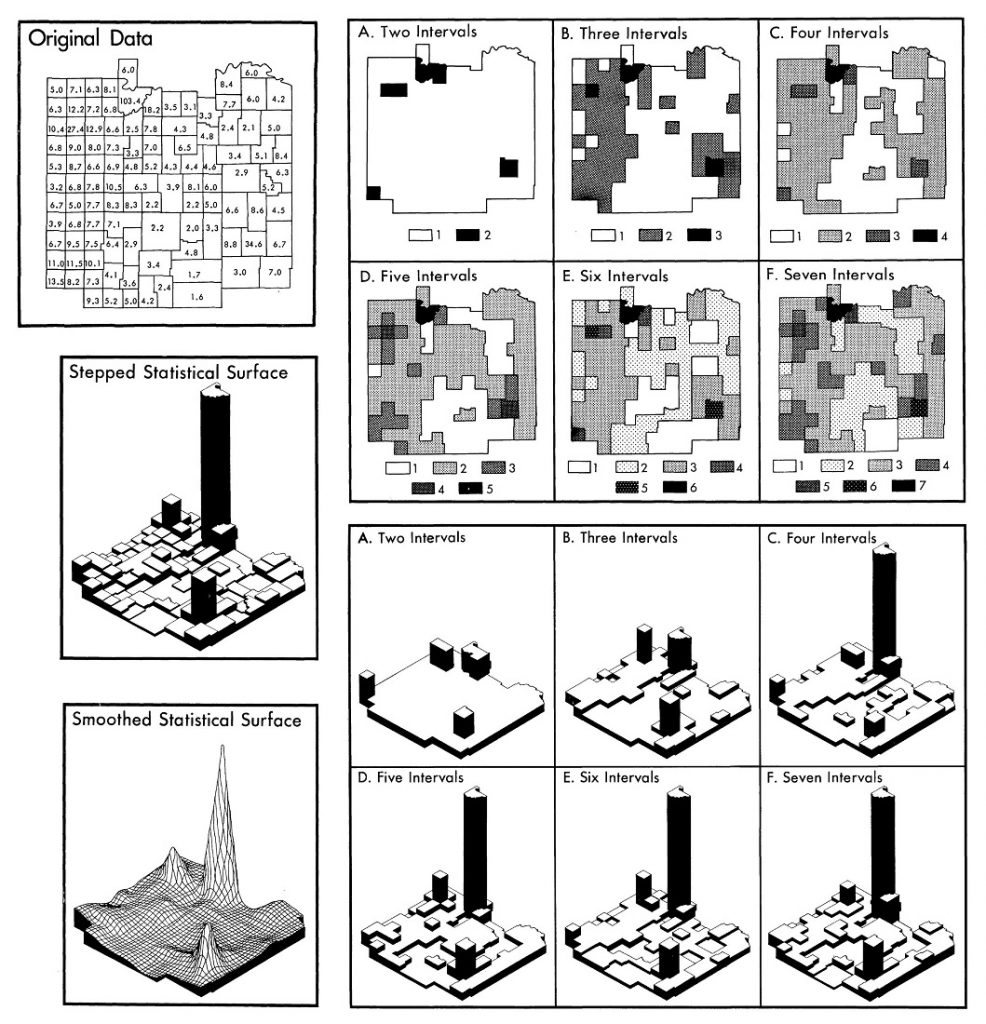 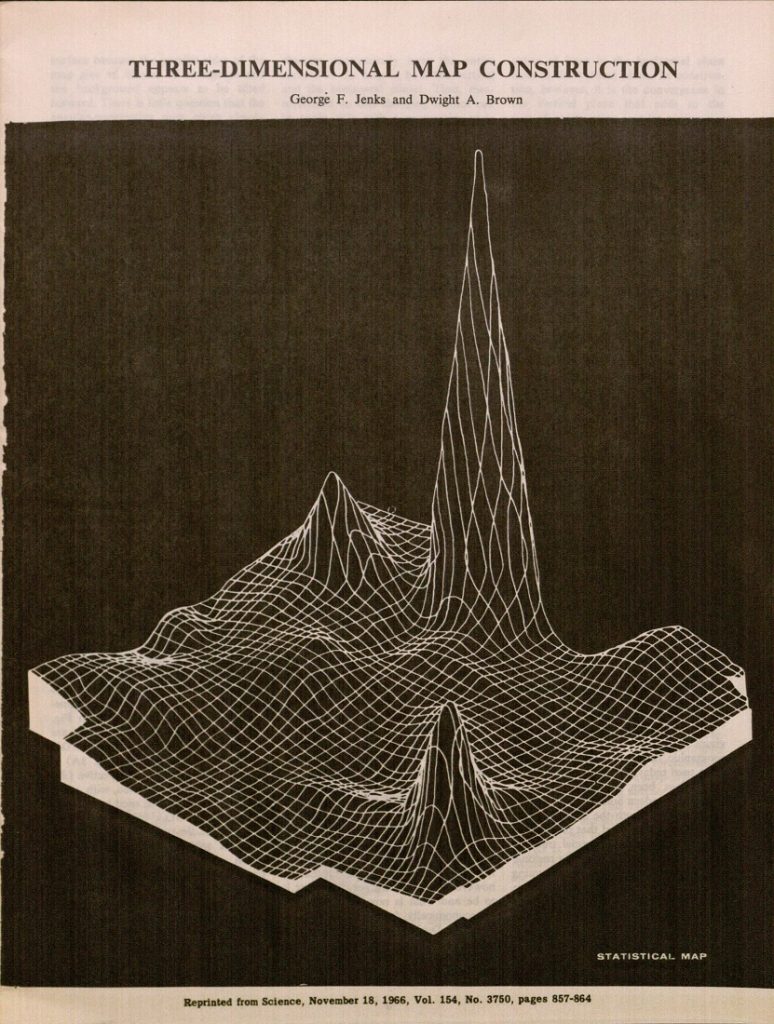 Milo wrote this week’s letter from “somewhere in France.” He describes the “country and customs,” especially comparing them with his previous observations of England and contrasting conditions on farms and in cities. “The home boys like all the others in our Battery are enjoying themselves as if they were on their annual vacation,” Milo says. “No reason to be dissatisfied, for we are in the best of health, plenty of good wholesome food, good climate (just a little cooler than Kans), and going thru an experience of a life time.” 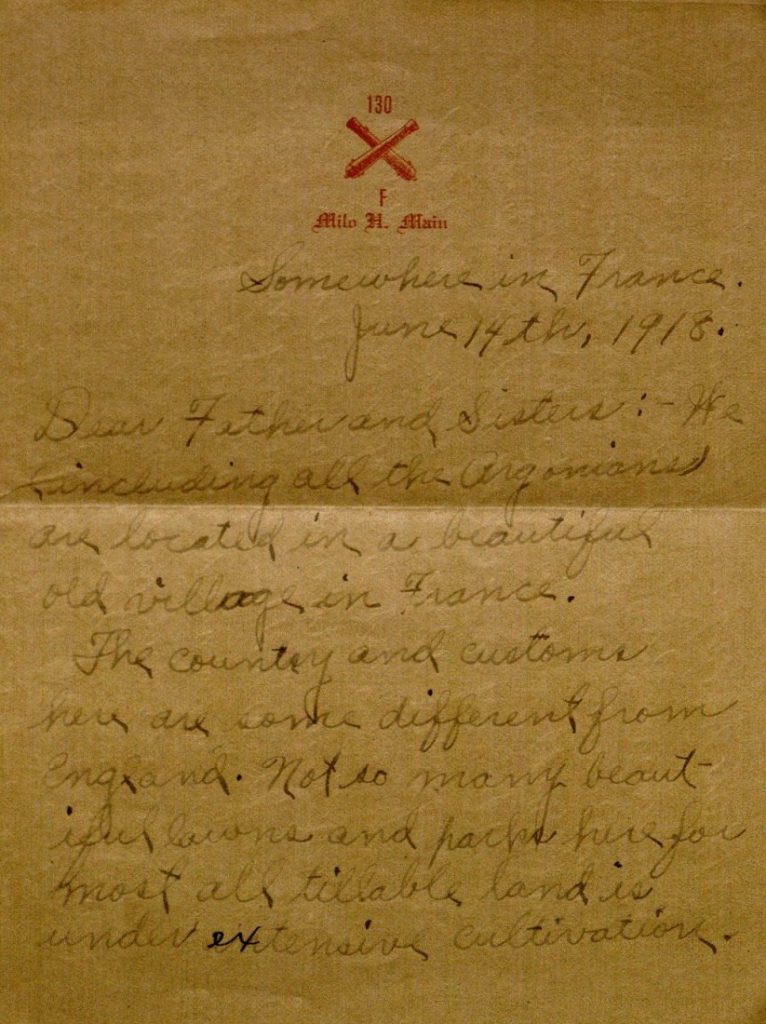 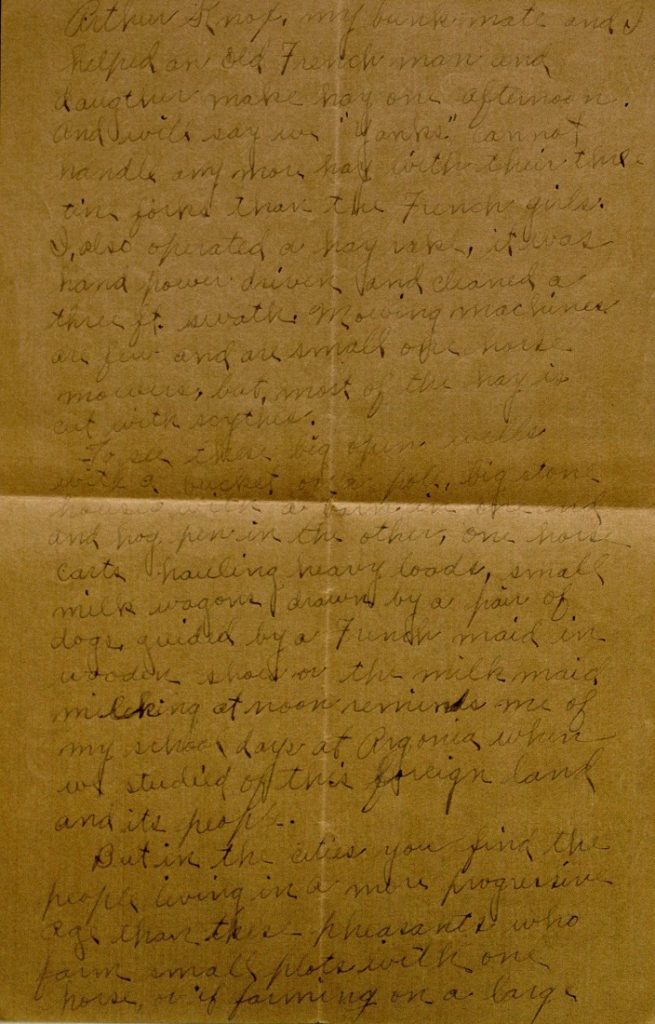 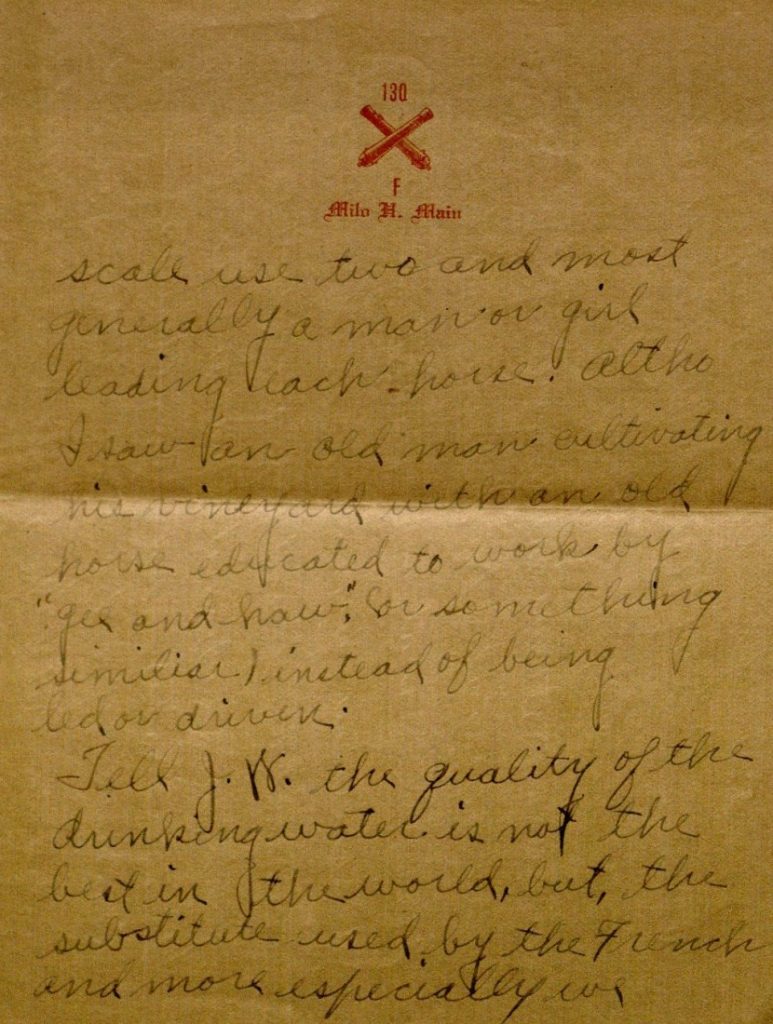 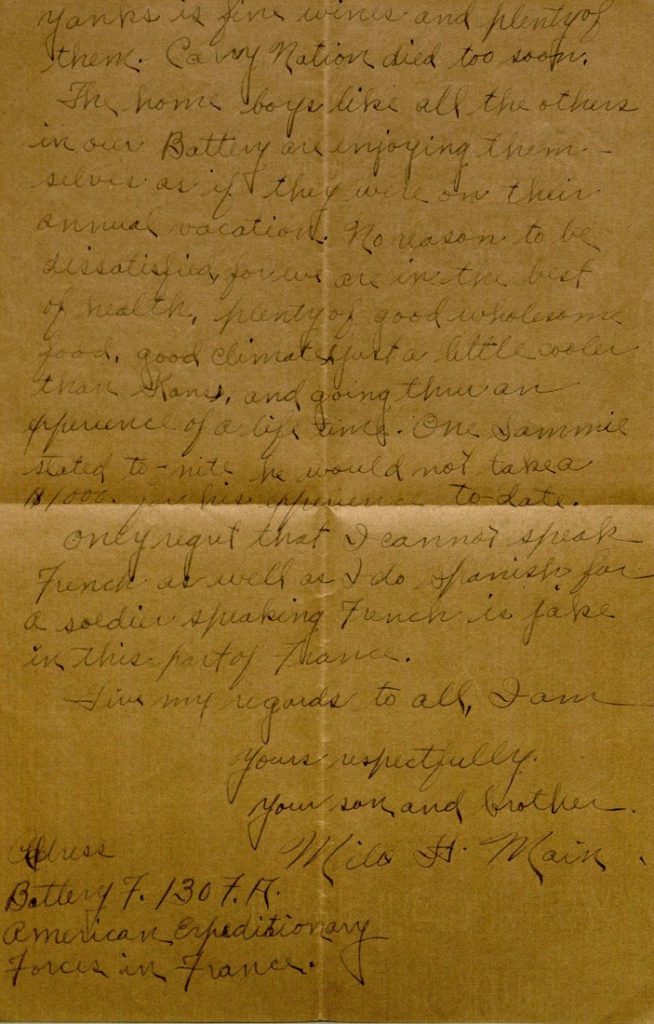 Dear Father and Sisters: – We (including all the Argonians) are located in a beautiful old village in France.

The country and customs here are some different from England. Not so many beautiful lawns and parks here for most all tillable land is under extensive cultivation. Arthur Knox, my bunkmate and I helped an old French man and daughter make hay one afternoon. And will say we “Yanks” cannot handle any more hay with their three tine forks than the French girls. I, also operated a hay rake, it was hand power driven and cleaned a three ft. swath. Mowing machines are few and are small one horse mowers, but, most of the hay is cut with scythes.

To see these big open wells with a bucket on a pole, big stone houses with a barn in one end and hog pen in the other, one horse carts hauling heavy loads, small milk wagons drawn by a pair of dogs, guided by a French maid in wooden shoes or the milk maid milking at noon reminds me of my school days at Argonia when we studied of this foreign land and its people.

But in the cities you find the people living in a more progressive age than these pheasants who farm small plots with one horse, or if farming on a large scale use two and most generally a man or girl leading each horse. Altho I saw an old man cultivating his vineyard with an old horse educated to work by “gee and haw,” (or something similar) instead of being led or driven.

Tell J.W. the quality of the drinking water is not the best in the world, but, the substitute used by the French and more especially we Yanks is fine wines and plenty of them. Carry Nation died too soon.

The home boys like all the others in our Battery are enjoying themselves as if they were on their annual vacation. No reason to be dissatisfied, for we are in the best of health, plenty of good wholesome food, good climate (just a little cooler than Kans), and going thru an experience of a life time. One Sammie* stated to-nite he would not take a $1000. for his experience to-date.

Only regret that I cannot speak French as well as I do Spanish for a solider speaking French is jake** in this part of France.

Give my regards to all, I am

Yours respectfully.
Your son and brother.
Milo H. Main

*”Sammie” or “Sammy” was British slang for a U.S. soldier in World War I; it was a reference to Uncle Sam.