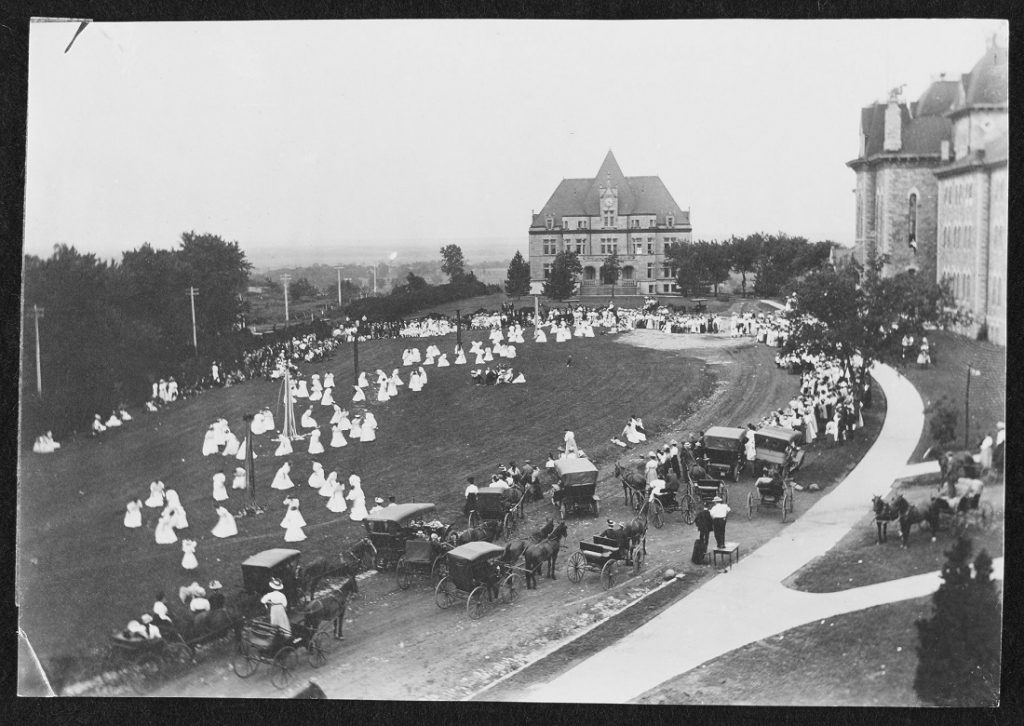 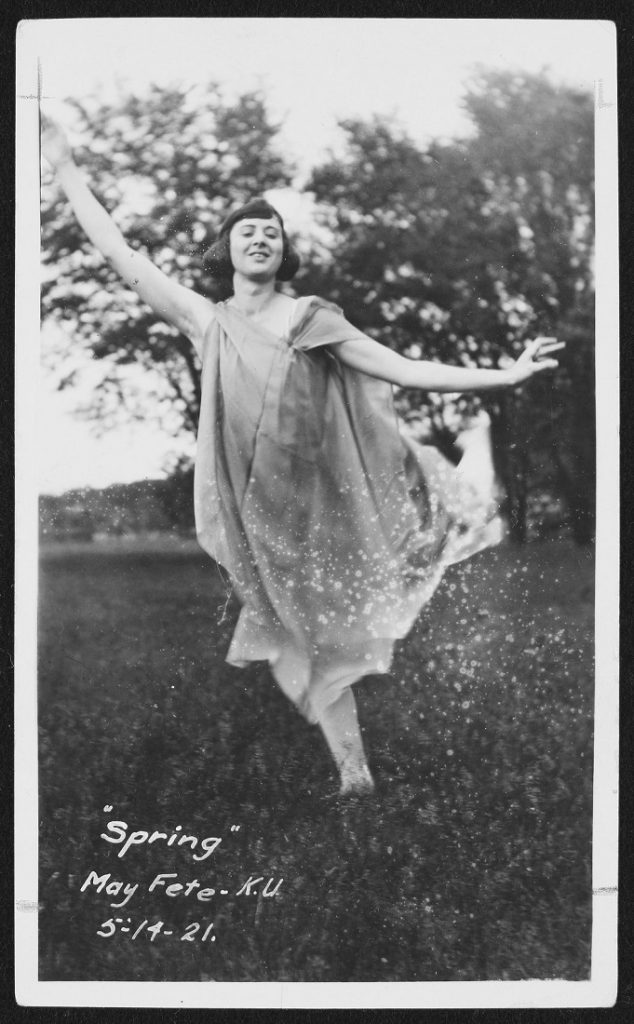 First held in 1908, the KU May (or May Day) Fête was a spring festival that included maypoles, music, dances, and games. It replaced the more violent KU tradition of the May Day Scrap. The last mention of the May Fête occurred in the Kansan student newspaper on May 23, 1923.