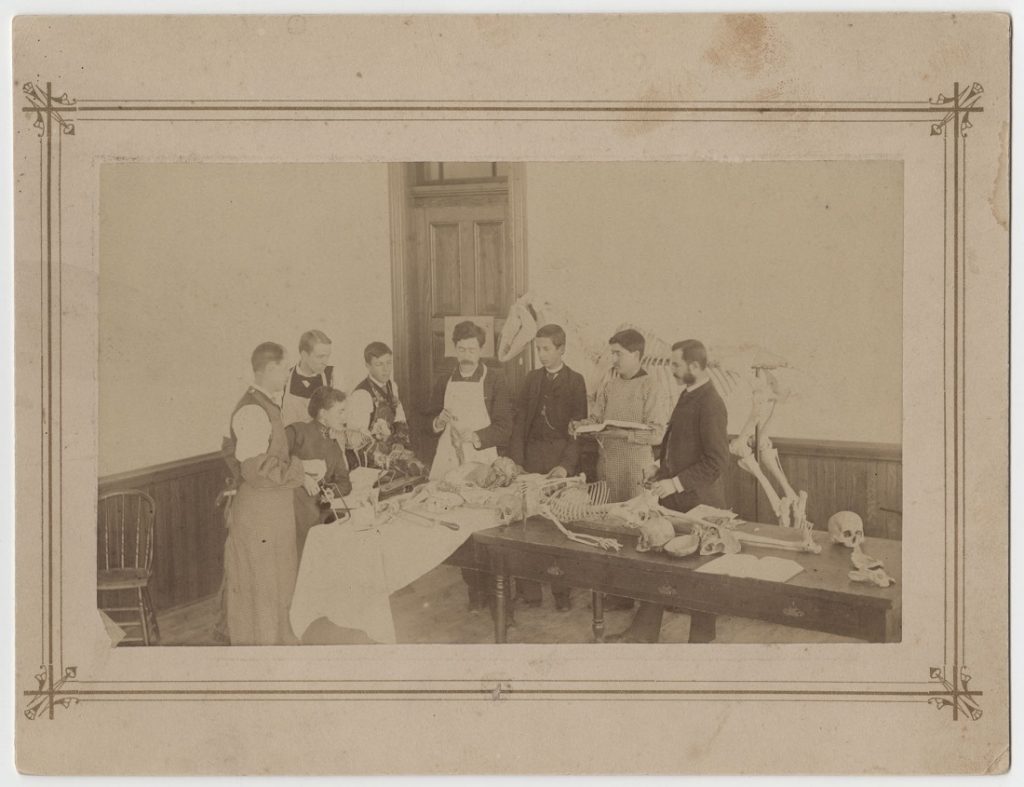 Another view of this class is available online through Spencer’s digital collections. Note the skeleton on the right side of the photo, with what appears to be a tabletop easel and a cat. Trying to decide what you would like to do over the winter holidays?  Why not get a head start on your research?  Here is a list of the newest finding aids and additions to finding aids available at the Kenneth Spencer Research Library.  Please scroll down for images from three of these collections.