Highlights from this week’s letters include Forrest’s ride through a trench tunnel like an amusement park ride.

I am on a “light occupation” today, acting as Room Orderly at the Cantonment Y.M.C.A. The Company is on guard except a half a dozen, who are hauling coal, and others on special duty.

Yesterday, I passed the wigwag test with a perfect copy. I know I will have no trouble with the Radio or Acetylene lantern tests[.] Sunday afternoon, Sgt. Brown, Fritchie and Cp’l. Sundberg & I went out for some wigwag and semaphore practice. We got over a mile apart and used Sig. Cps. binoculars. After an hour of this, we looked over the Engineer’s new trenches. (These are shown in the 5×7 pictures of the radio men in the field, that I sent Mother. One tunnel is boarded on sides, roof & floor and has a track on which they run a little car to carry out the dirt. The tunnel is about 150 feet long and goes down hill. Sunberg & I got the car at the top and rode down the full length of the tunnel. We had a flashlight so we could tell when we were nearing the sandbags at the end of the tracks. When we were coming back, Fritchie surprised me with the remark, “This reminds me of riding the “figure 8” at Harlem Park.” I never had any idea he had ever been near Rockford. Do you remember riding the “dizzy dips” last summer. Gee, I wish we could have those good times again this year.

We have been having some great weather lately, and today is one perfect Spring day.

Most of us would give three months pay if we could have our horses back again.

We are spending nearly all of our time now with our technical work, radio and visual signaling. It sure is interesting. After the Battalion field maneuvers, of which I told you, Captain Murphy complimented the performance of Co. “A-6.” And, this morning Lt. Butler told us we were the best trained Radio Company in the Army. Class to us, huh. We are going to lose him as he has been promoted. Believe me, we are all sorry to see him go too.

I haven’t heard from Stock yet but I suppose he is very busy getting down to business at Urbana. 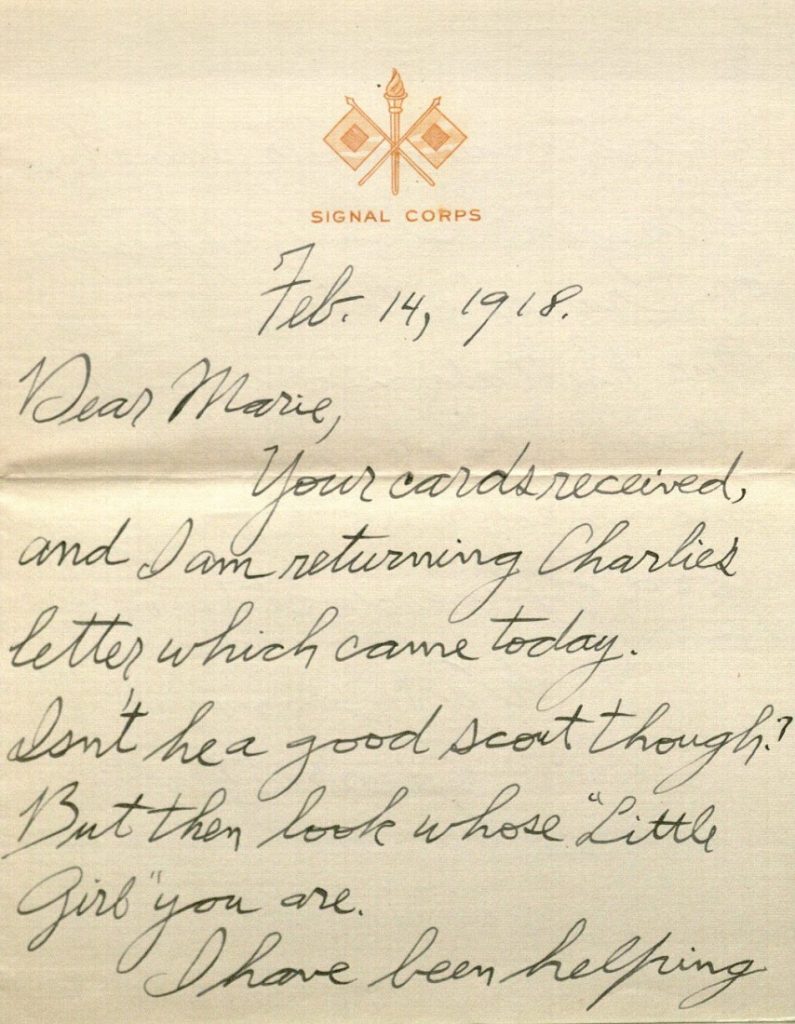 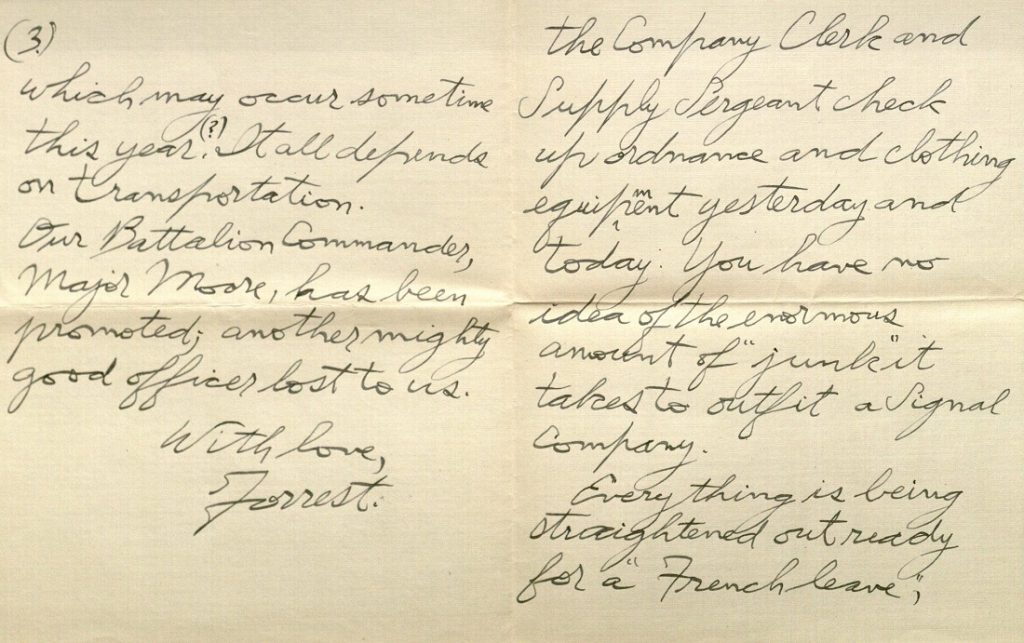 Your cards received, and I am returning Charlie’s letter which came today. Isn’t he a good scout though? But then look whose “Little Girl” you are.

I have been helping the Company Clerk and Supply Sergeant check up ordnance and clothing equipment yesterday and today: You have no idea of the enormous amount of “junk” it takes to outfit a Signal Company.

Everything is being straightened out ready for a “French Leave,” which may occur sometime this year. (?) It all depends on transportation.

Our Battalion Commander, Major Moore, has been promoted; another mighty good officer lost to us.

This entry was posted on Monday, February 12th, 2018 at 1:29 pm and is filed under Kansas Collection. You can skip to the end and leave a response. Pinging is currently not allowed.