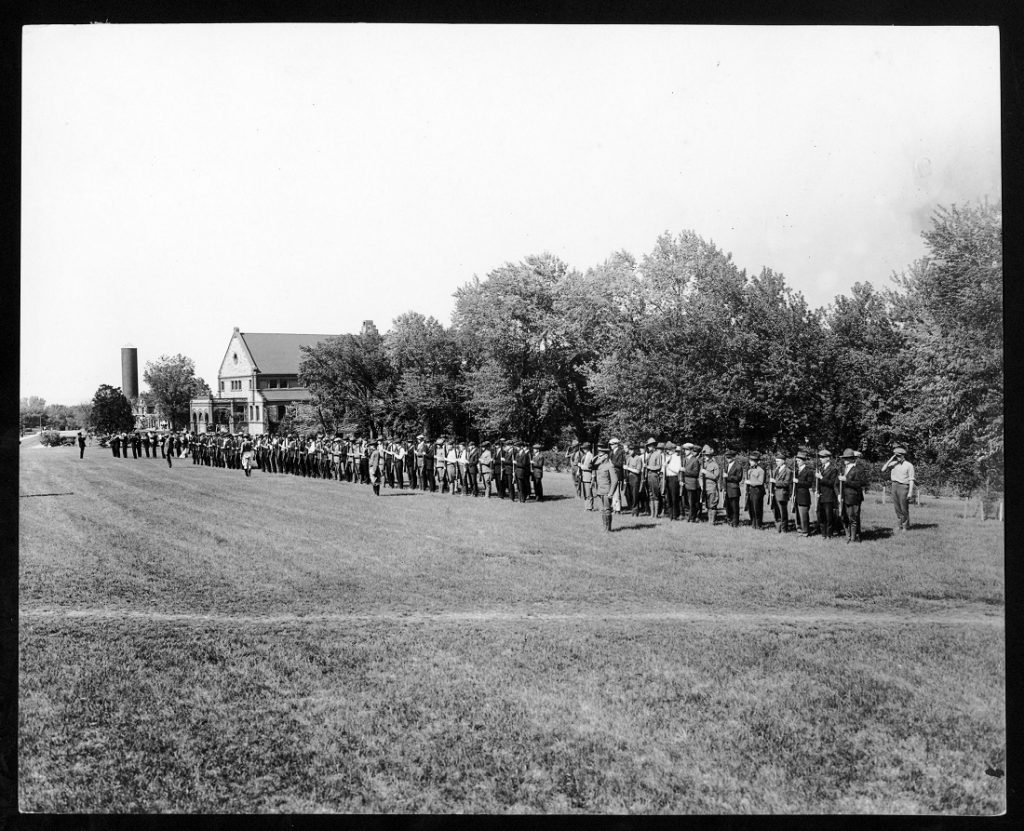 According to a “Descriptive Circular” from October 1918, the primary purpose of the S.A.T.C. was to

utilize the executive and teaching personnel and the physical equipment of the educational institutions to assist in the training of our new armies [fighting in World War I]. These facilities will be especially useful for the training of officer-candidates and technical experts of all kinds to meet the needs of the service. This training is being conducted in about 600 colleges, universities, professional, technical and trade schools of the country.

A contract to maintain an S. A. T. C. of two thousand members consisting of men over eighteen, who have had a high school education, was made with the University of Kansas by the government. The members are to be given full army uniforms and equipment, are to be lodged and fed in barracks by the government, will have all their university or college tuition paid by the government and will receive thirty dollars a month. Later it was decided to take over the 450 men of the technical training detachment already on the campus, and to organize a naval training camp for two hundred students. Some eighteen hundred men have already registered in the S. A. T. C., so that present indications point to the residence of 2,500 men at the University (16).

At that time, the highest total enrollment on the Lawrence campus had been 2,711 students in Fall 1916.

This entry was posted on Thursday, October 4th, 2018 at 9:53 am and is filed under Throwback Thursday. You can skip to the end and leave a response. Pinging is currently not allowed.