In the afternoon, the scholars retired to the reading room where they threw themselves into conducting research with some of Spencer’s late 18th- and early 19th-century manuscript collections. END_OF_DOCUMENT_TOKEN_TO_BE_REPLACED

The word “iconic” is often overused, but I believe it describes, better than any other word, the power of the Spencer’s North Gallery. People who have not been on campus for decades remember “the red room,” or the “room with the books.” Often, of course, they remember the “room with the view of the Campanile.” The exposed shelving of the North Gallery (once called “the Ambulatory”) has housed outstanding items from Special Collections since the opening of the library in 1968. Its visual and intellectual appeal cannot be overstated. It not only houses books, like a section of the larger Summerfield volumes, for example, but intriguing artifacts like several horn books and the jumbled writs of habeus corpus that fascinate visitors every day. The Spencer collections, however, are not the same as they were in 1968 when the third floor was the province of Special Collections and books were the name of the game. With the consolidation of the public spaces of Special Collections, Kansas Collection, and University Archives in the early years of the 21st century, and the continuing desire to provide a more interpretive context for our collections in general, we are considering how best to program this stunning space as a true gallery. An enthusiastic group of Museum Studies students recently completed a project to explore bringing diversity and experience into the space through an interesting array of physical and virtual exhibit “stations.”

What would you like see in our signature space for visitors? Is there something we should consider as we move forward with these plans? I’d welcome your input and suggestions as we look ahead to the future of the North Gallery. 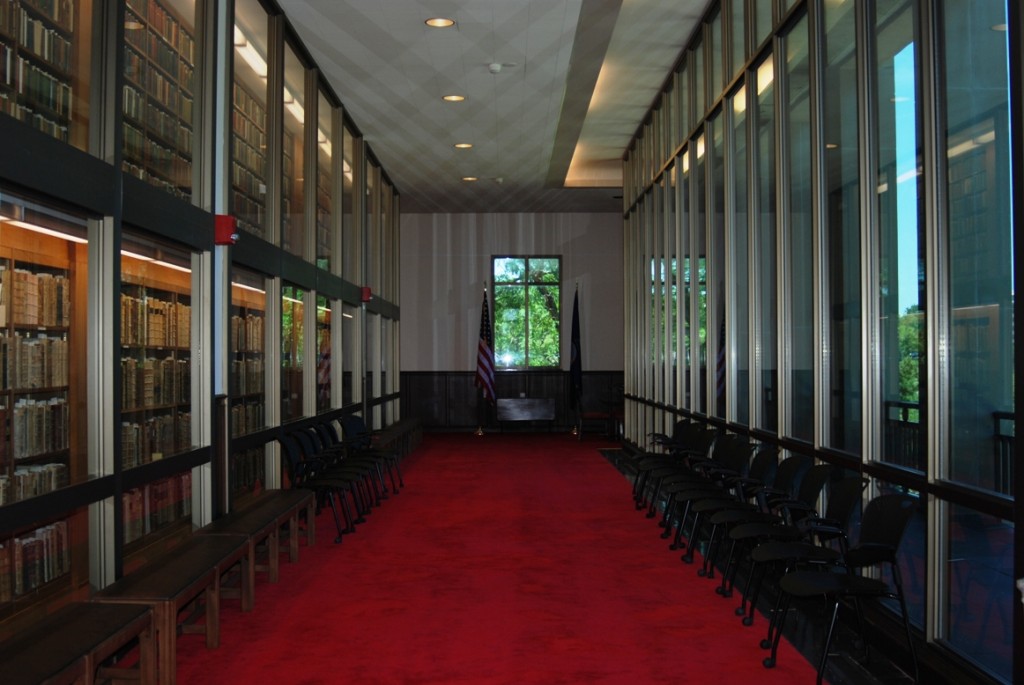 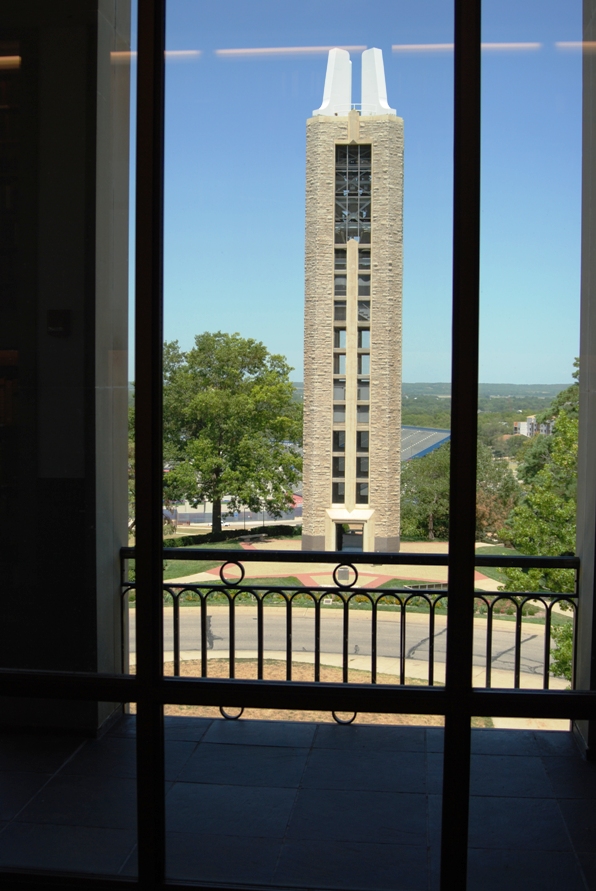 Amazing vistas: A wide view of the North Gallery (top)
and looking outward onto the Campanile (bottom).
Click images to enlarge. Mapping Kansas, One Repair at a Time

In October of 2011 Whitney (Head of Conservation) assigned me the project of working on an item from the Kansas Collection at the Kenneth Spencer Research Library.  The project involved mending extensively on an atlas of Kansas from 1887, The Official State Atlas of Kansas: compiled from government surveys, county records, and personal investigations (RH Atlas H85). The atlas had many fold-out maps of Kansas towns. I was excited to work on this project as it was my first chance to gain experience working on a rare, special collections item. I began by addressing the first fifteen pages of the book. Over time the paper had become brittle. This brittleness led to the edges of these pages becoming torn to various degrees. END_OF_DOCUMENT_TOKEN_TO_BE_REPLACED