Did you know that KU basketball coach Phog Allen invented a new game called Goal-Hi in the 1930s? 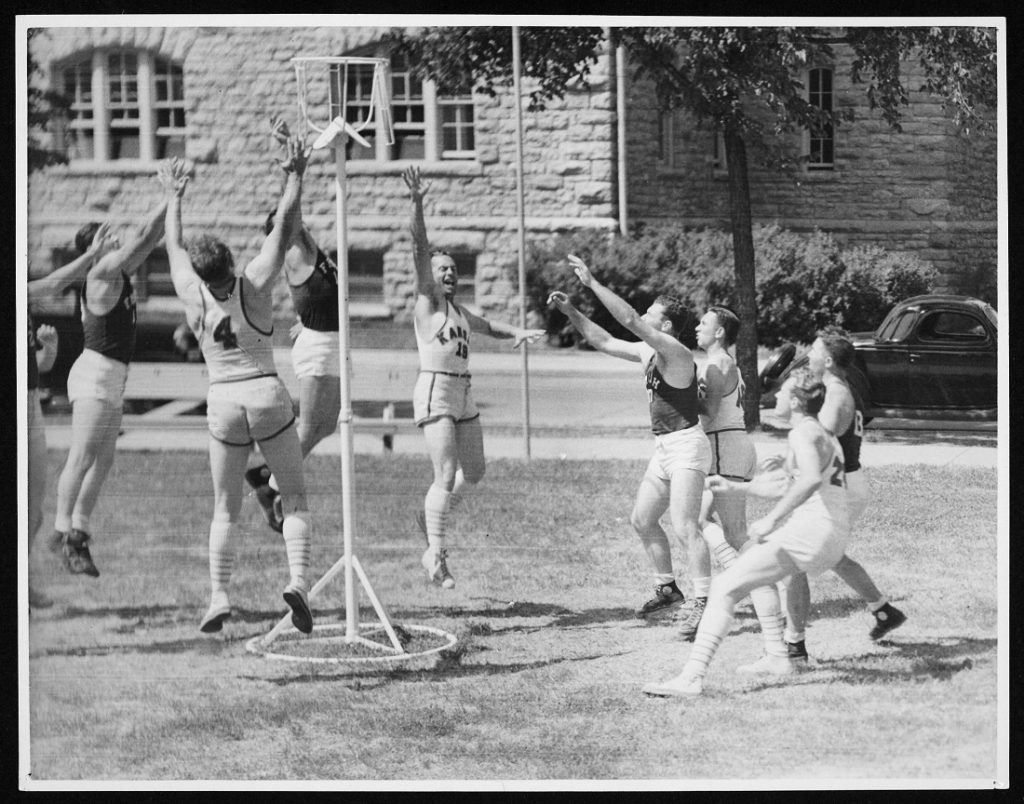 In his book Phog: The Most Influential Man in Basketball, author Scott Morrow Johnson writes that Allen’s personal finances suffered during the Great Depression of the 1930s. “By the end of the decade, he was making only about five thousand dollars annually, one of the lowest coaching salaries in the conference.” Goal-Hi was one of several “creative ways” in which Allen sought to increase his income. Although there was some initial interest in the game, it “never really caught on” (110).

Learn more about the rules of Goal-Hi – and see a diagram of the playing field – by checking out the December 1943 U.S. War Department technical manual Informal Games for Soldiers. You can also see a February 1940 advertisement for Goal-Hi in the Journal of Health and Physical Education.

Additional information about Goal-Hi can be found in University Archives, specifically in Phog Allen’s coaching records, which are currently being digitized.

This entry was posted on Thursday, July 26th, 2018 at 9:30 am and is filed under Throwback Thursday. You can skip to the end and leave a response. Pinging is currently not allowed.

Incredible photo! One of the lowest paid coaches in the Conference?!! GOOD LORD!!

Thank you for your comment and for following the Spencer Research Library blog.