This LGBT History Month we would like to commemorate the life of Kristi Parker, a prominent activist in the LGBTQ community in Kansas and the founder of Liberty Press, Kansas’s first and only LGBTQ news magazine.

This October marks eighteen months since the final issue of Liberty Press was published shortly before Kristi Parker’s unexpected death last year at the age of forty-nine. During the Liberty Press’s twenty-four-year run, Parker and her team tackled an enormous variety of topics affecting the Kansas LGBTQ community, including politics, art, sports, health, parenting, events, religion, and education. The magazine was truly one of a kind in the central Midwest, and its regional focus created a sense of collective identity for Kansas’s LGBTQ community.

In addition to her role as editor and publisher of Liberty Press, Parker was also a member of the Wichita Pride Committee and Kansans for Human Dignity, and she was a member the governing board of The Center, an LGBTQ community center in Wichita.

We are fortunate to hold the papers of Kristi Parker at Spencer Research Library and would like to highlight a few items from the collection that demonstrate Parker’s role in the history of the Kansas LGBTQ community.

We hold a nearly-complete run of Liberty Press issues from the second issue published in 1994 through the magazine’s final issue in 2018, as well as a full run of the Kansas City-specific edition, Liberty Press Kansas City. The production files that accompany each issue of the magazine include preparatory correspondence, mock-ups, photographs, and sample advertisements, all of which serve as evidence of the creative process behind the business. The files also provide invaluable insight into the LGBTQ community in Kansas from the mid-1990s through the 2010s, particularly through a selection of truly touching letters written by readers to Kristi Parker and others behind the magazine. Many letters come from members of the LGBTQ community living in small towns in Kansas; they write about the struggles and loneliness they feel as LGBTQ individuals in these rural communities, but also about the life-changing impact Liberty Press had on their lives. The magazine encouraged them to be confident and proud as LGBTQ Kansans and affirmed that they were not alone in their experience, but rather were part of a widespread, vibrant community across the state.

Kristi Parker’s involvement in the LGBTQ community began several years before the founding of Liberty Press. Parker attended Stonewall and Pride events from the 1980s onward and became deeply involved in Wichita Pride in the early 1990s, writing guides for the festival, providing press coverage, and later sitting on the organizing committee. Her collection holds a vast amount of ephemera from Wichita Pride and other Kansas-based Pride events, including colorful buttons, lanyards, flags, magnets, posters, sashes, trophies, and even t-shirts. These artifacts complement the collection’s documentary evidence of these parades, rallies, and concerts celebrating the LGBTQ community in a very tangible way, allowing us to visualize these events and the energetic, joyful experience had by Parker and other attendees.

There are countless other gems throughout Kristi Parker’s papers that testify to the Kansan LGBTQ experience and to Parker’s work, life, and lasting impact on the community. We hope you have enjoyed this brief tour of the insight Parker’s papers have to offer, and we invite you to continue exploring her papers and other collections we hold regarding the history of LGBTQ communities in Kansas this October and beyond. 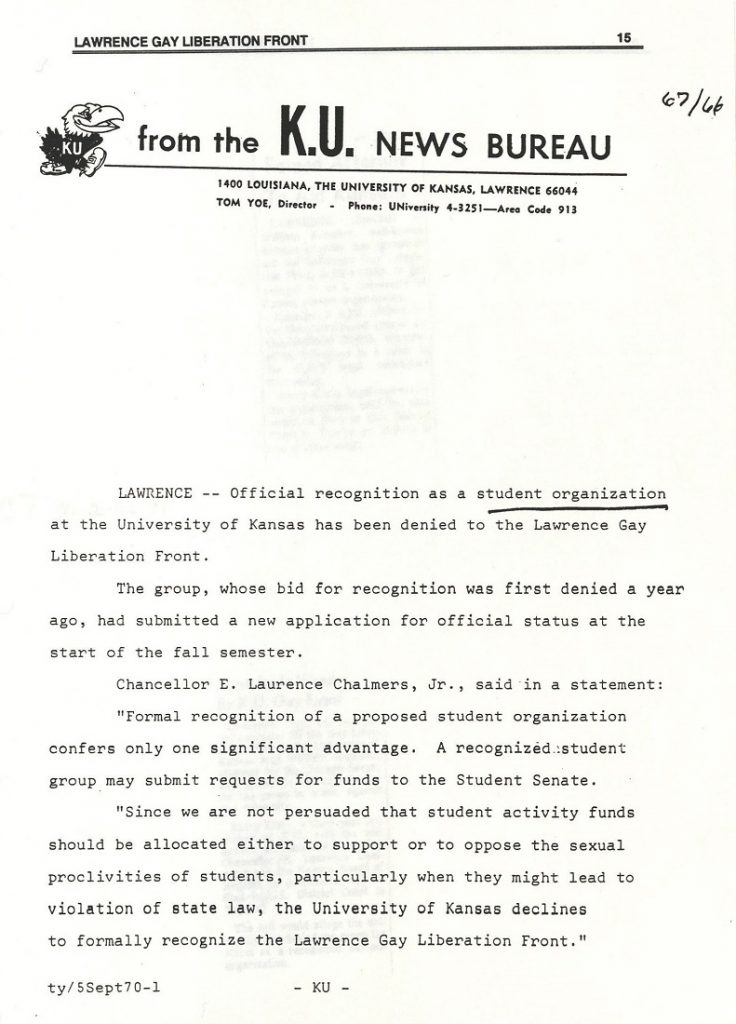 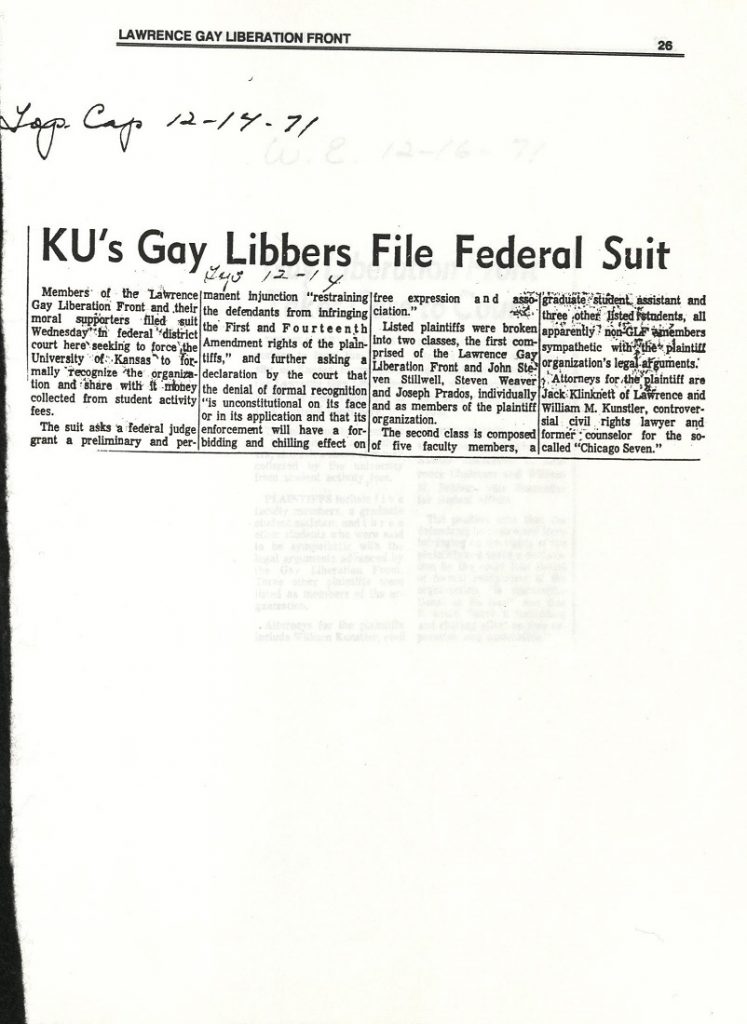