In his letter of March 16th, Milo writes about having “a light touch of the” flu, driving across France to his new post, and “renting a furnished room with two big feather beds and a stove.” 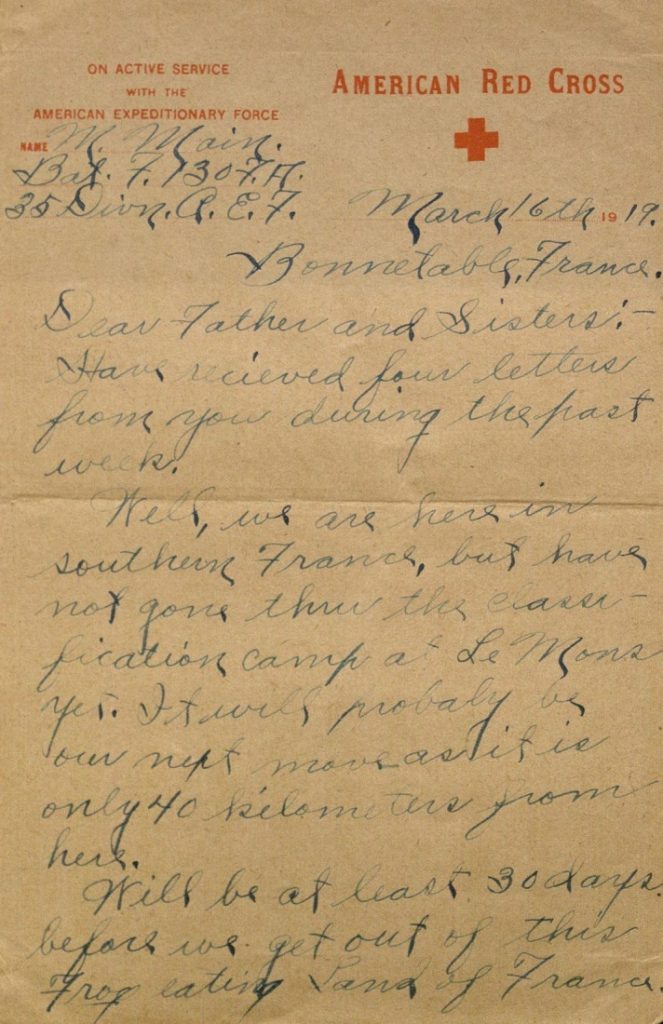 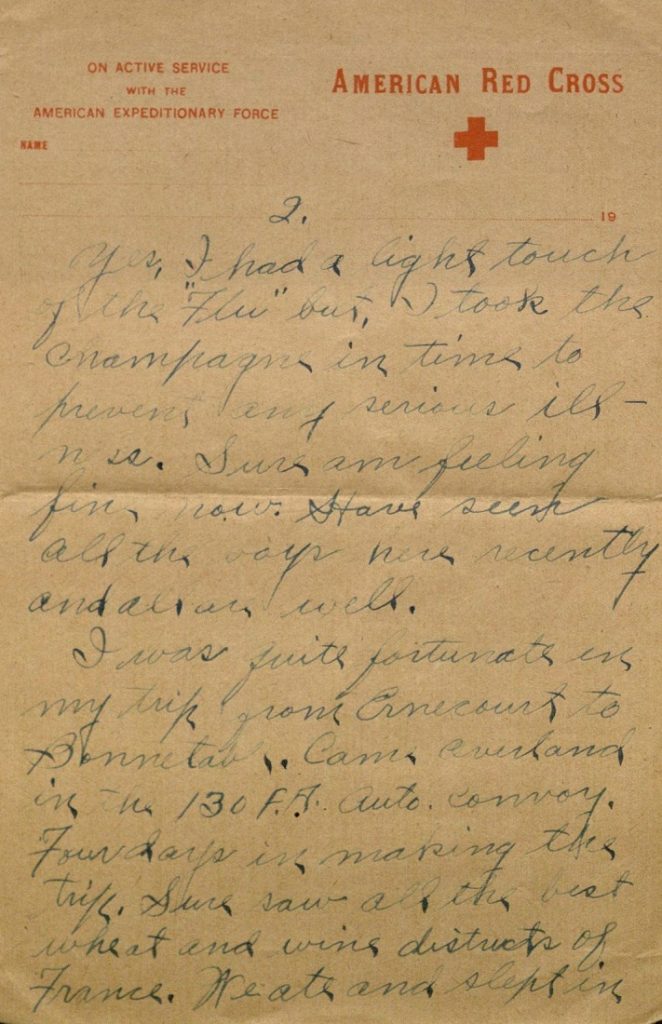 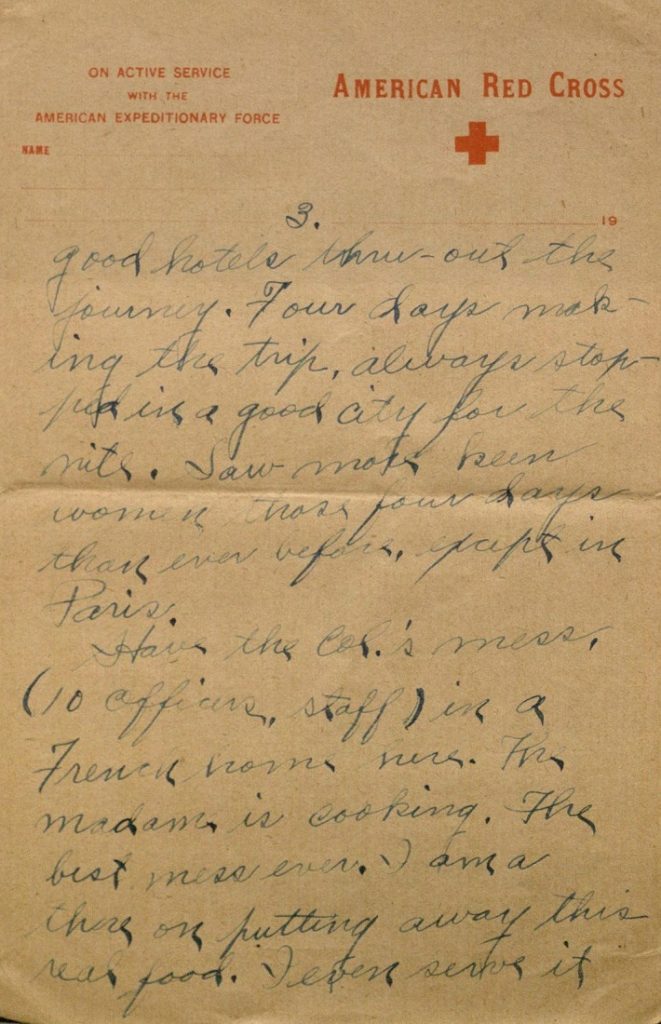 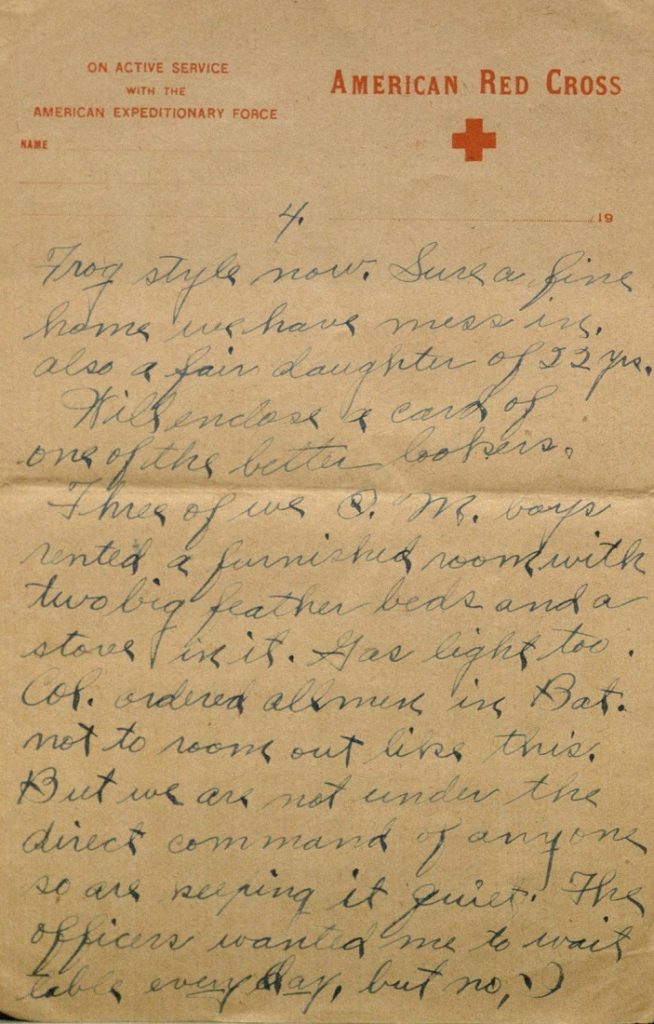 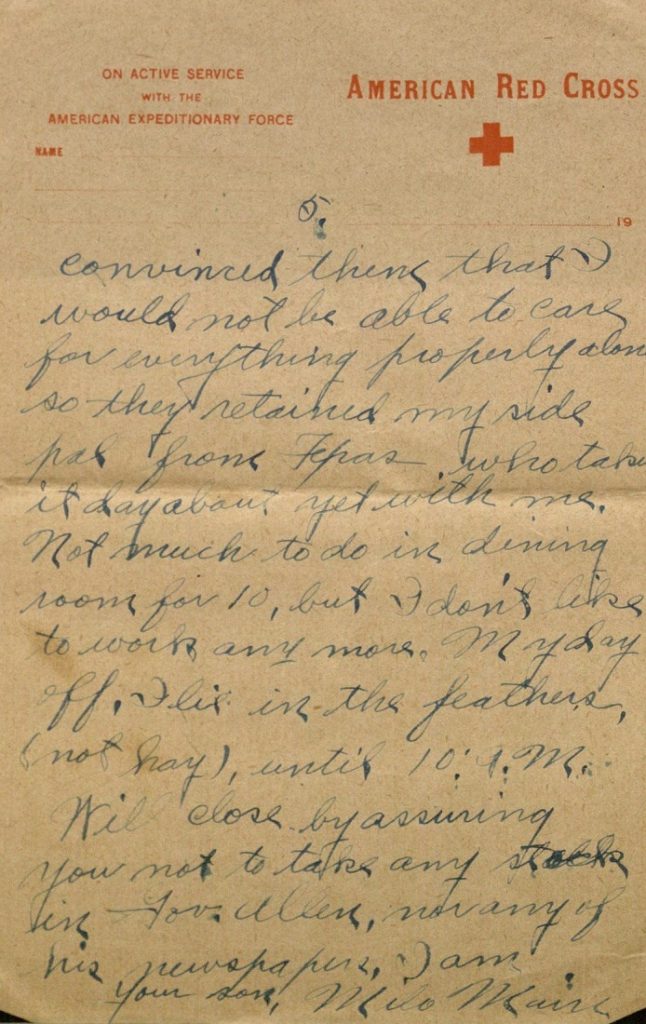 Have recieved four letters from you during the past week.

Well, we are here in southern France, but have not gone thru the classification camp at Le Mons yet. It will probably be our next move as it is only 40 kilometers from here.

Will be at least 30 days before we get out of this Frog eating Land of France.

Yes, I had a light touch of the “Flu” but, I took the champagne in time to prevent any serious illness. Sure am feeling fine now. Have seen all the boys here recently and all are well.

I was quite fortunate in my trip from Ernecourt to Bonnetable. Came overland in the 130 F.A. Auto Convoy. Four days in making the trip. Sure saw all the best wheat and wine districts of France. We ate and slept in good hotels thru-out the journey. Four days making the trip, always stopped in a good city for the nite. Saw more keen women those four days than ever before except in Paris.

Have the Col.’s mess, (10 officers, staff) in a French home here. The madam is cooking. The best mess ever. I am a there on putting away this real food. I even serve it Frog style now. Sure a fine home we have mess in. Also a fair daughter of 22 yrs.

Will enclose a card of one of the better lookers.

Three of we O.M. boys rented a furnished room with two big feather beds and a stove in it. Gas light too. Col. ordered all men in Bat. [Battalion] not to room out like this. But we are not under the direct command of anyone so are keeping it quiet. The officers wanted me to wait table every day, but no, I convinced them that I would not be able to care for everything properly alone so they retained my side pal from Texas who takes it day about yet with me. Not much to do in dining room for 10, but I don’t like to work any more. My day off, I lie in the feathers, (not hay), until 10:A.M.

Will close by assuring you not to take any stock in Gov. Allen, nor any of his newspapers,

I am
Your son,
Milo Main.

This entry was posted on Monday, March 18th, 2019 at 11:09 am and is filed under Kansas Collection. You can skip to the end and leave a response. Pinging is currently not allowed.