In this week’s letter, Milo writes that he is “feeling fine to-nite for I took my Saturday plunge this afternoon. Slept until 11:30 this morning, in fact I do about every other morning. Am fat and lazy. I want to reduce to about 140 when I get back in “Civy” [civilian, non-military] clothes.” 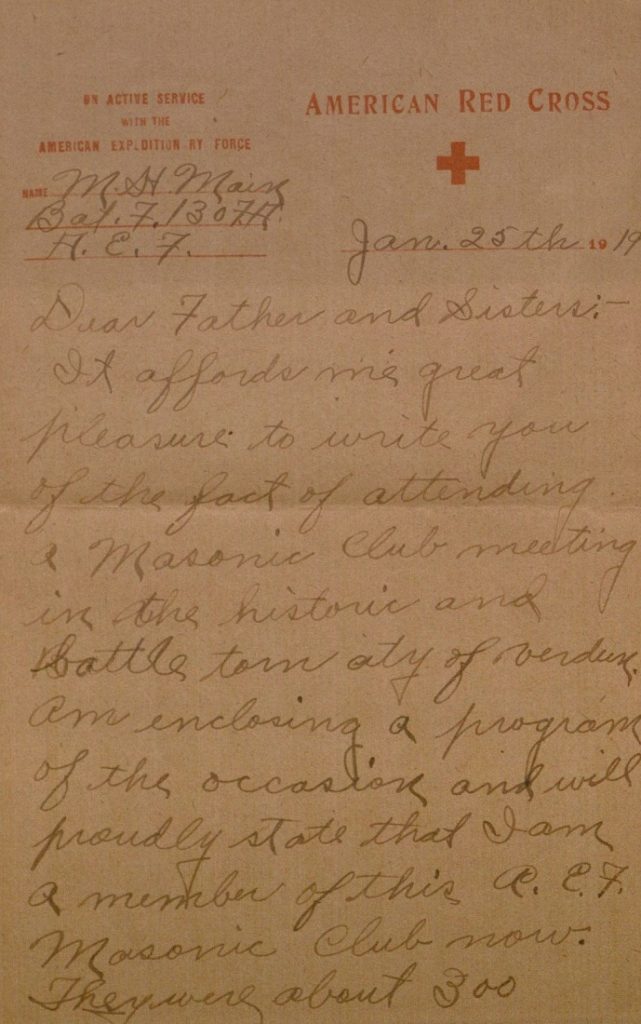 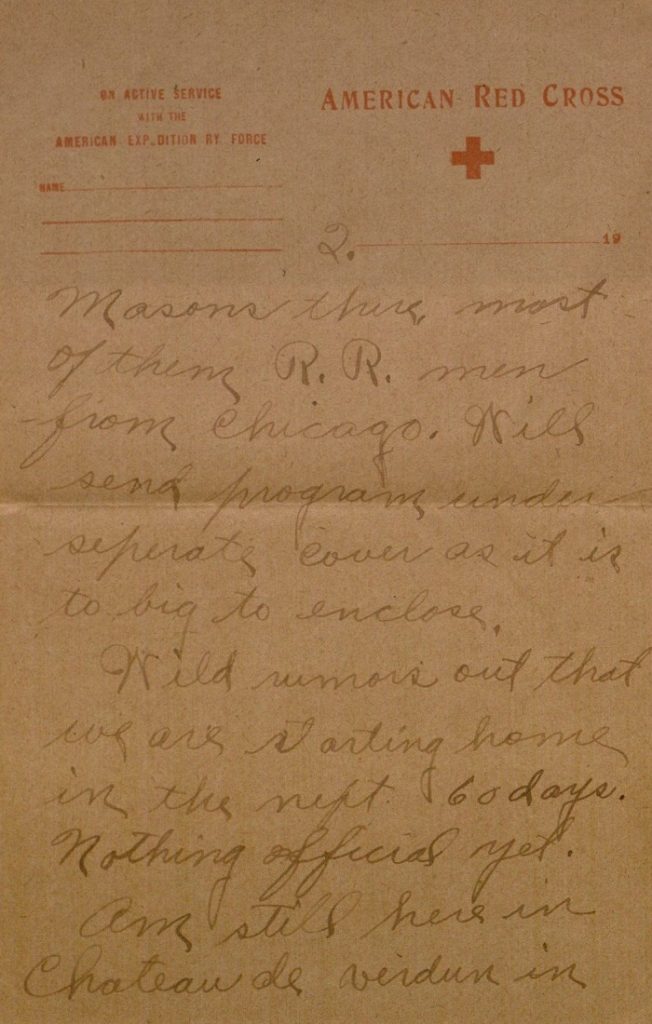 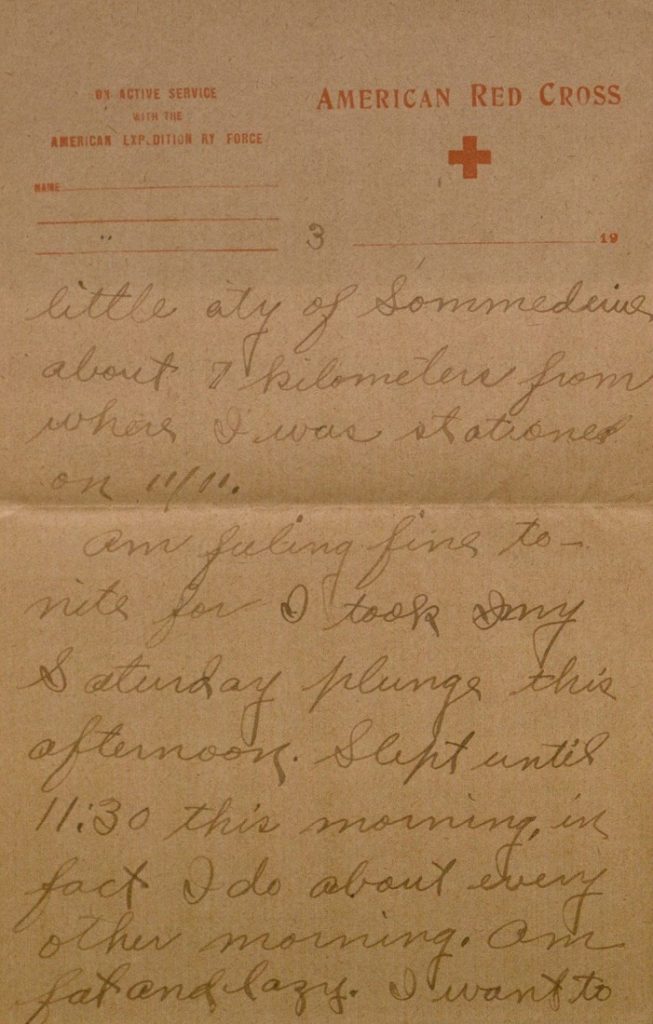 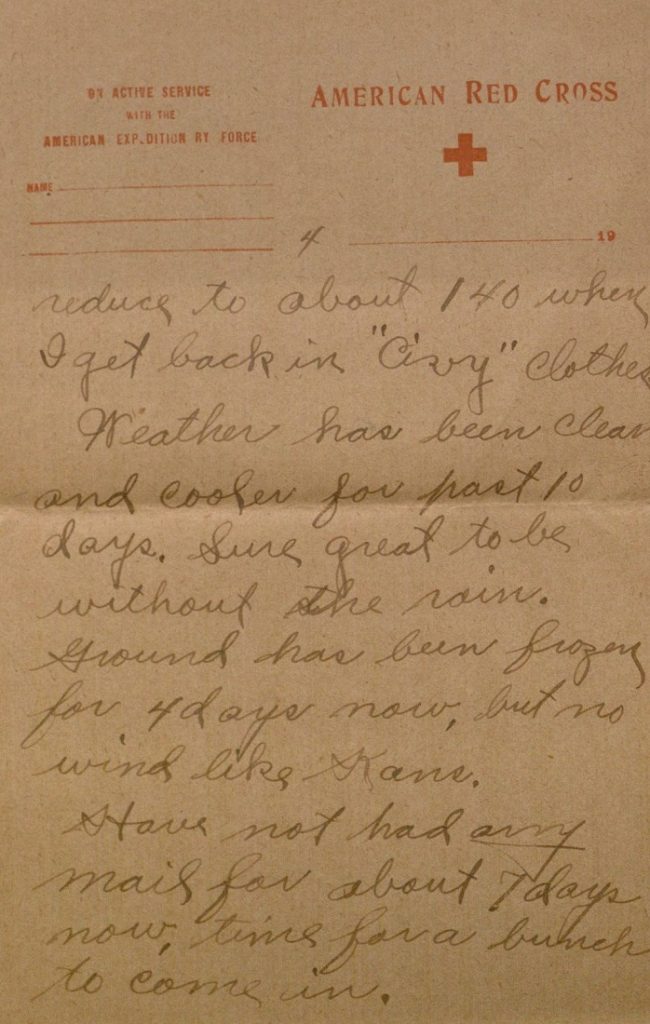 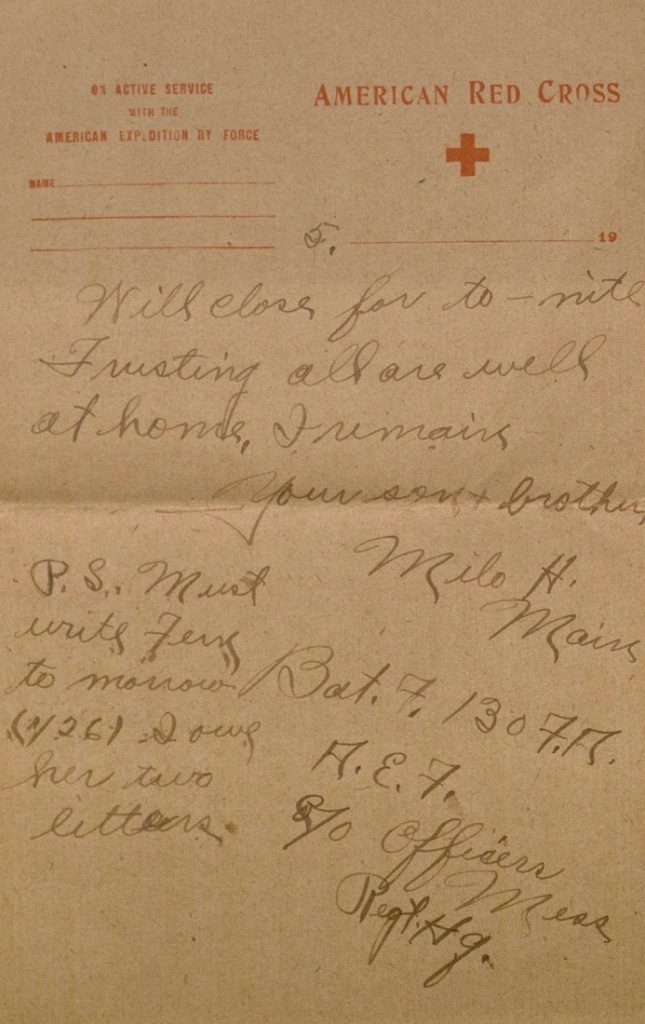 It affords me great pleasure to write you of the fact of attending a Masonic Club meeting in the historic and battle torn city of Verdun. Am enclosing a program of the occasion and will proudly state that I am a member of this A.E.F. Masonic Club now. They were about 300 Masons there, most of them R.R. men from Chicago. Will send program under seperate cover as it is to big to enclose.

Wild rumors out that we are starting home in the next 60 days. Nothing official yet.

Am still here in Chateau de Verdun in little city of Sommedeiue about 7 kilometers from where I was stationed on 11/11.

Am feeling fine to-nite for I took my Saturday plunge this afternoon. Slept until 11:30 this morning, in fact I do about every other morning. Am fat and lazy. I want to reduce to about 140 when I get back in “Civy” [civilian, non-military] clothes.

Weather has been clear and cooler for past 10 days. Sure great to be without the rain. Ground has been frozen for 4 days now, but no wind like Kans.

Have not had any mail for about 7 days now, time for a bunch to come in.

Trusting all are well at home, I remain

P.S. Must write Fern [Milo’s sister in Illinois] to morrow (1/26) I owe her two letters

This entry was posted on Monday, January 21st, 2019 at 1:40 pm and is filed under Kansas Collection. You can skip to the end and leave a response. Pinging is currently not allowed.

Hi just wanted to give you a quick heads up and let you know a few of the images aren’t loading
properly. I’m not sure why but I think its a linking issue.
I’ve tried it in two different web browsers and both show the same results.