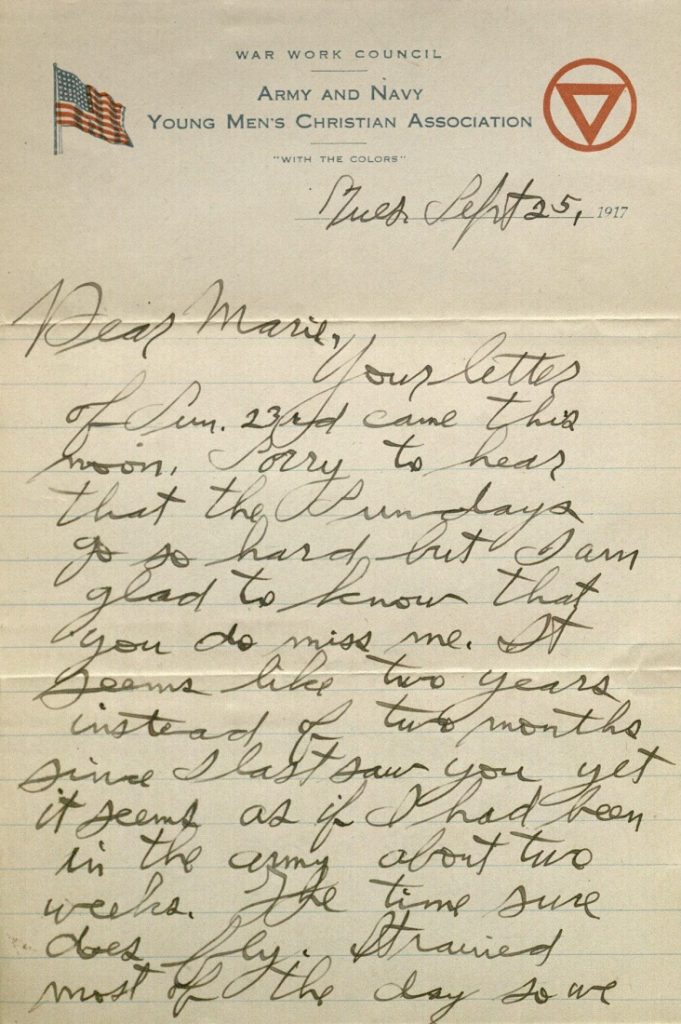 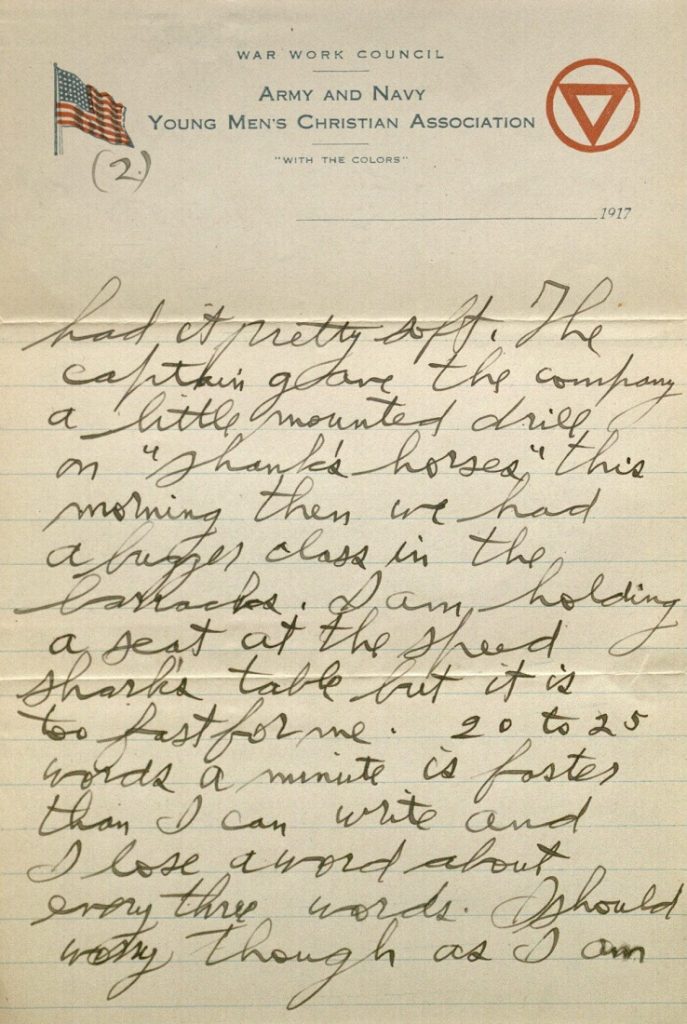 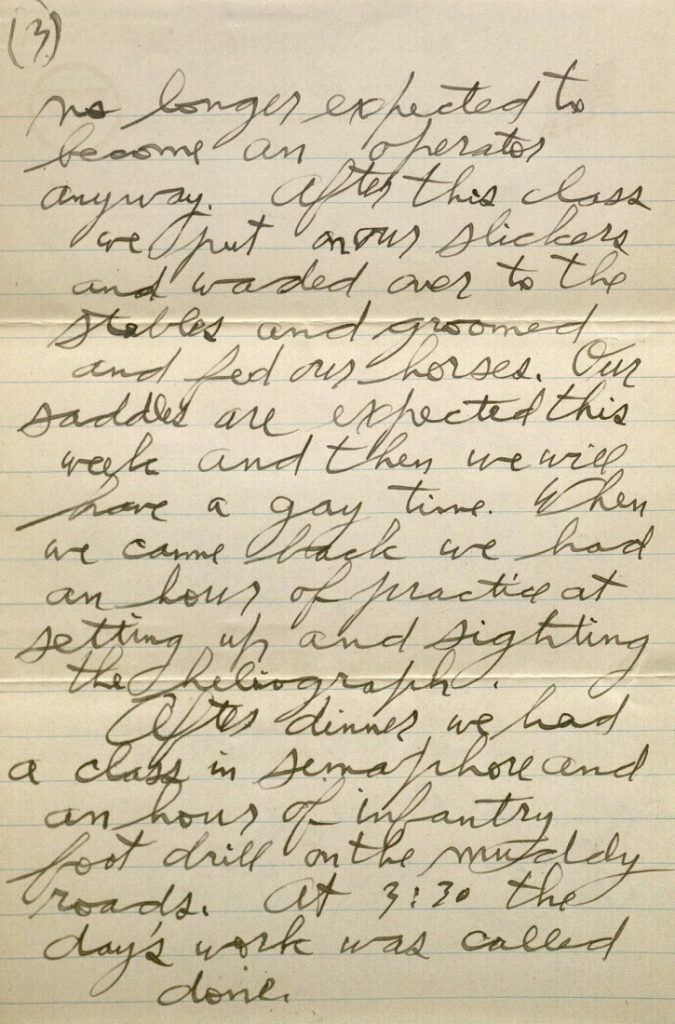 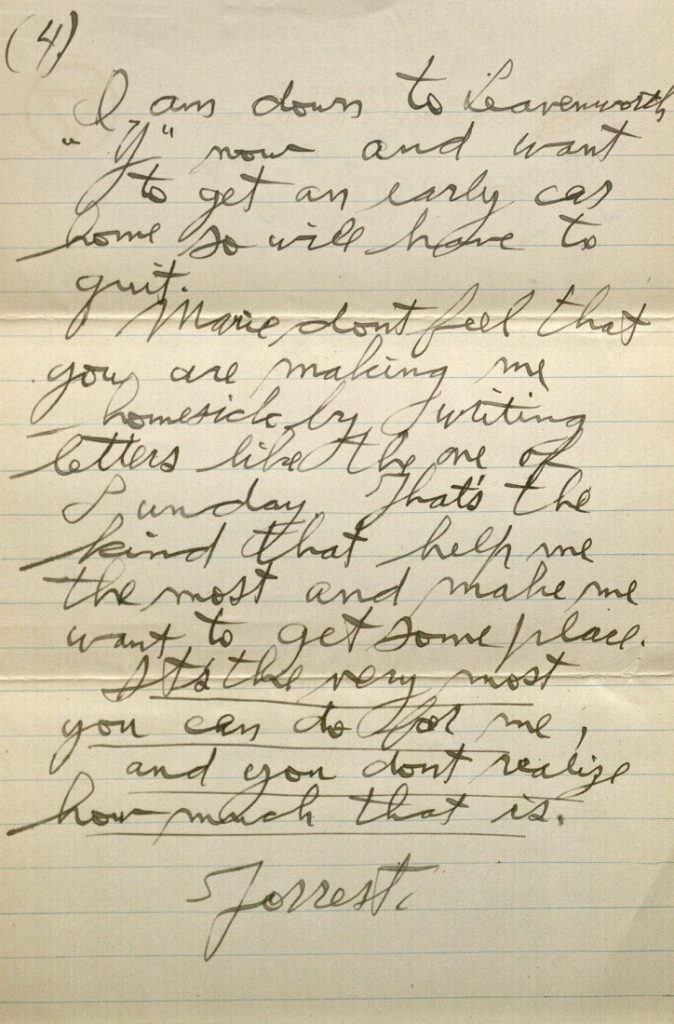 Your letter of Sun. 23rd came this noon. Sorry to hear that the Sundays go so hard but I am glad to know that you do miss me. It seems like two years instead of two months since I last saw you yet it seems as if I had been in the army about two weeks. The time sure does fly. Strained most of the day so we had it pretty soft. The captain gave the company a little mounted drill on “shank’s horses” this morning then we had a buzzer class in the barracks. I am holding a seat at the speed shark’s table but it is too fast for me. 20 to 25 words a minute is faster than I can write and I lose a word about every three words. I should worry though as I am no longer expected to become an operator anyway. After this class we put on our slickers and waded over to the stables and groomed and fed our horses. Our saddles are expected this week and then we will have a gay time. When we came back we had an hour of practice at setting up and sighting the heliograph.

After dinner we had a class of semaphore and an hour of infantry foot drill on the muddy roads. At 3:30 the day’s work was called done. I am down to Leavenworth “Y” now and want to get an early car home so will have to quit.

Marie don’t feel that you are making me homesick by writing letters like the one of Sunday. That’s the kind that help me the most and make me want to get someplace. It’s the very most you can do for me and you don’t realize how much that is.

This entry was posted on Monday, September 25th, 2017 at 11:20 am and is filed under Kansas Collection. You can skip to the end and leave a response. Pinging is currently not allowed.