Forrest only wrote one letter to Marie this week, and in it he describes suffering and recovering from a serious illness. “When I was at my worst,” he told Marie, “I was handled with rubber gloves and fed tomato soup thru a glass tube. My face was swollen and my eyes were nearly shut. My ears were like hams.” This illness probably explains the lack of letters over the last two weeks; according to Spencer’s holdings, Forrest’s previous letter to Marie was dated September 25th. 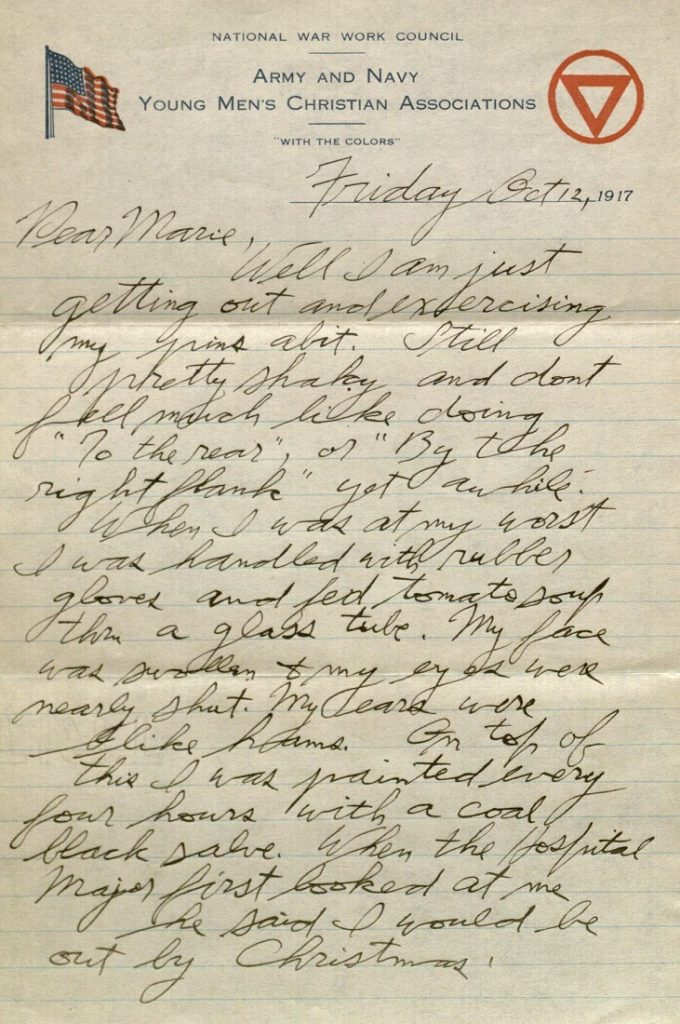 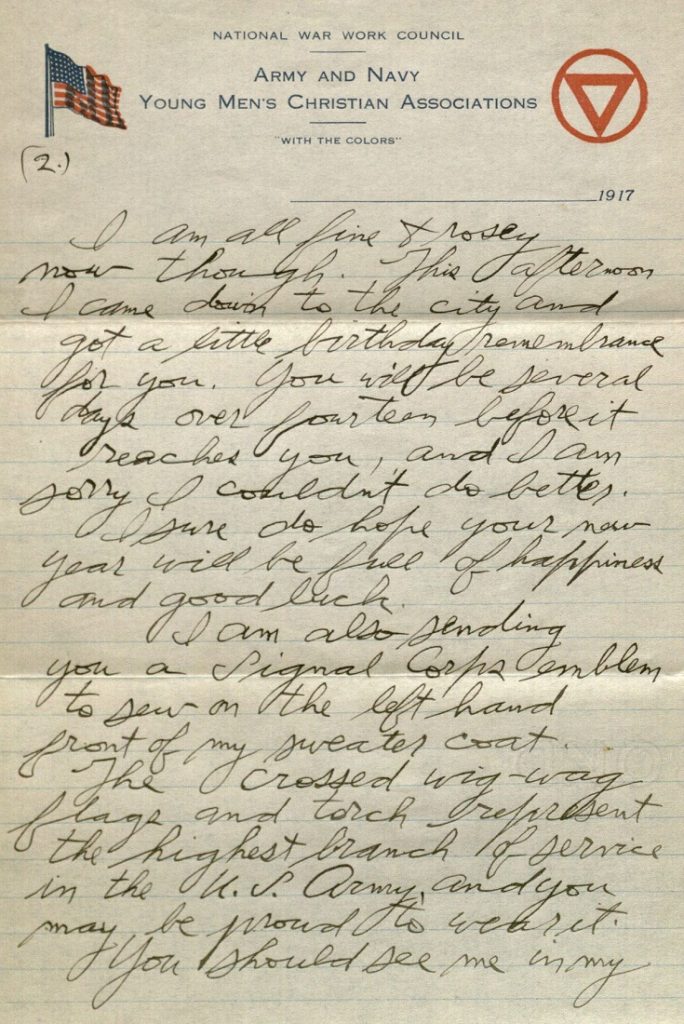 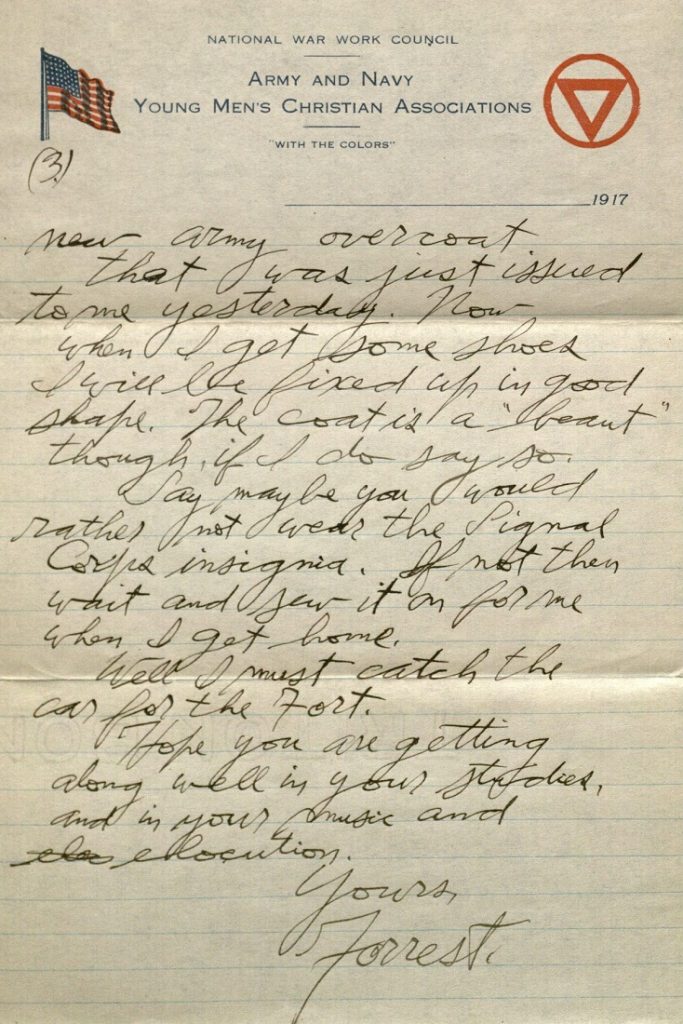 Well I am just getting out and exercising my pins abit. Still pretty shaky and don’t feel much like doing “To the rear,” or “By the right flank” yet awhile. When I was at my worst I was handled with rubber gloves and fed tomato soup thru a glass tube. My face was swollen and my eyes were nearly shut. My ears were like hams. On top of this I was painted every four hours with a coal black salve. When the Hospital Major first looked at me he said I would be out by Christmas. I am all fine & rosey now though. This afternoon I came down to the city and got a little birthday remembrance for you. You will be several days over fourteen before it reaches you, and I am sorry I couldn’t do better. I sure do hope your new year will be full of happiness and good luck.

I am also sending you a Signal Corps emblem to sew on the left hand front of my sweater coat. The crossed wig-wag flags and torch represent the highest branch of service in the U.S. Army, and you may be proud to wear it. You should see me in my new army overcoat that was just issued to me yesterday. Now when I get some shoes I will be fixed up in good shape. The coat is a “beaut” though, if I do say so.

Say maybe you would rather not wear the Signal Corps insignia. If not then wait and sew it on for me when I get home. Well I must catch the car for the Fort.

Hope you are getting along well in your studies, and in your music and elocution.

This entry was posted on Monday, October 9th, 2017 at 4:31 pm and is filed under Kansas Collection. You can skip to the end and leave a response. Pinging is currently not allowed.