Previous letters have alluded to photographs being exchanged between Forrest and Ava. These photos appear to have not survived with the collection. However, one of the pictures Forrest sent Ava this week has been preserved with the letters, and it’s shown below with his caption. 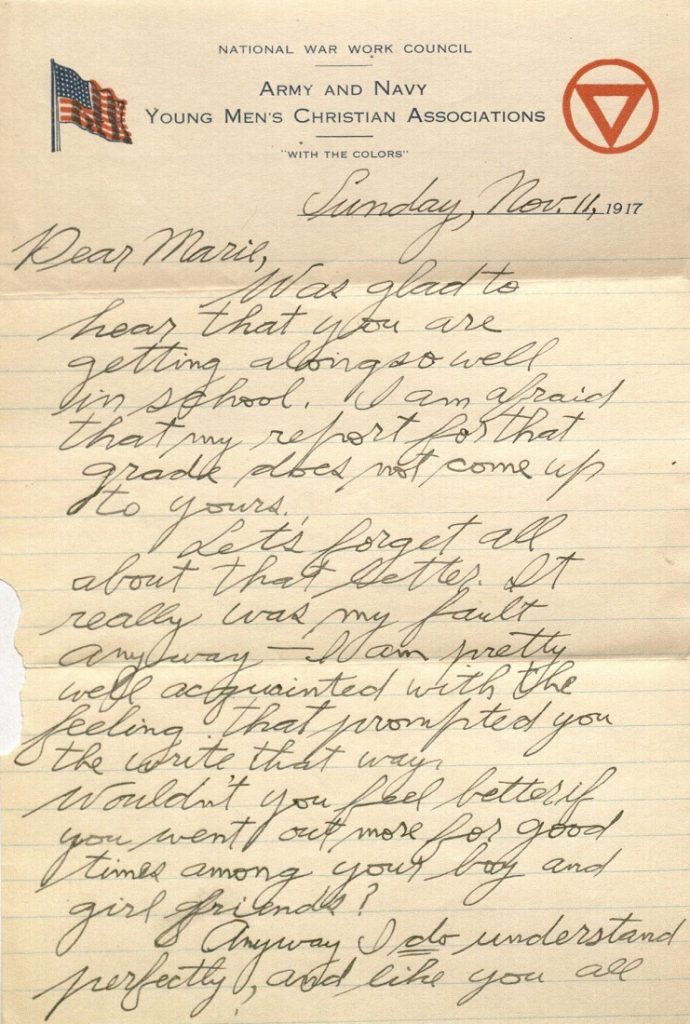 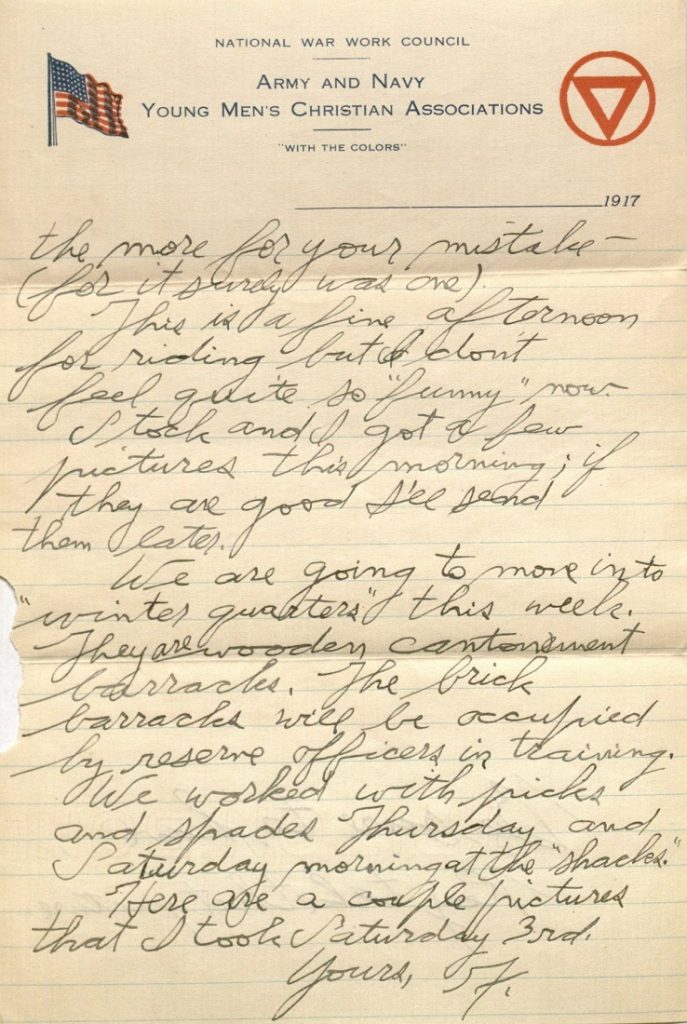 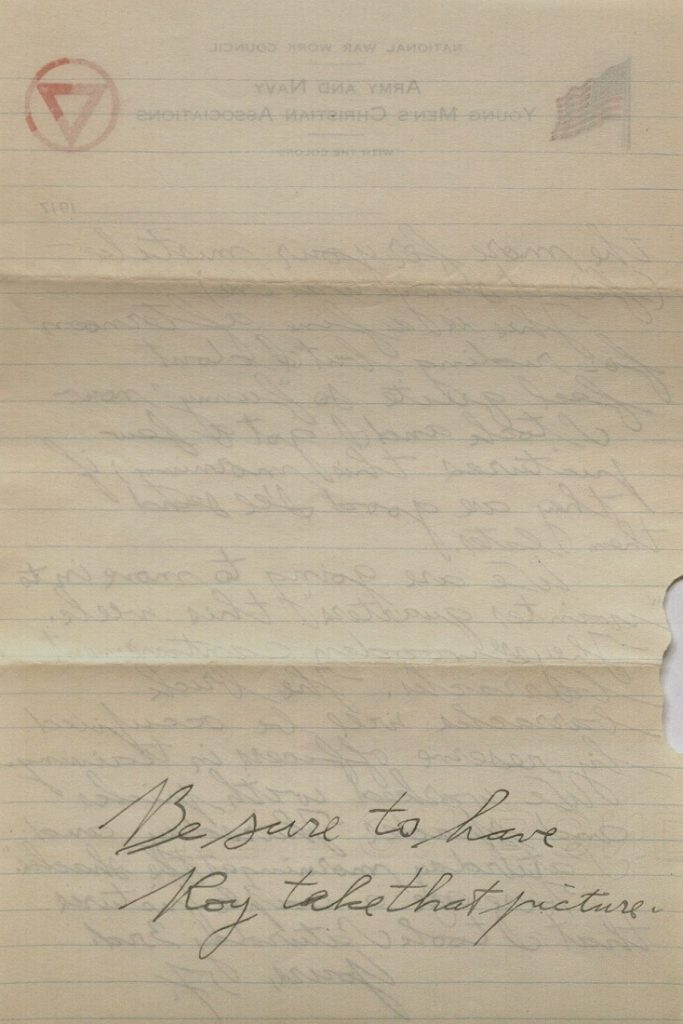 Was glad to hear that you are getting along so well in school. I am afraid that my report for that grade does not come up to yours.

Let’s forget all about that letter. It really was my fault anyway – I am pretty well acquainted with the feeling that prompted you the write that way. Wouldn’t you feel better if you went out more for good times among your boy and girl friends?

Anyway I do understand perfectly, and like you all the more for your mistake – (for it surely was one).

This is a fine afternoon for riding but I don’t feel quite so “funny” now. Stock and I got a few pictures this morning; if they are good I’ll send them later.

We are going to move into “winter quarters” this week. They are wooden cantonment barracks. The brick barracks will be occupied by reserve officers in training. We worked with picks and spades Thursday and Saturday morning at the “shacks.”

Here are a couple pictures that I took Saturday 3rd.

Be sure to have Roy take that picture. 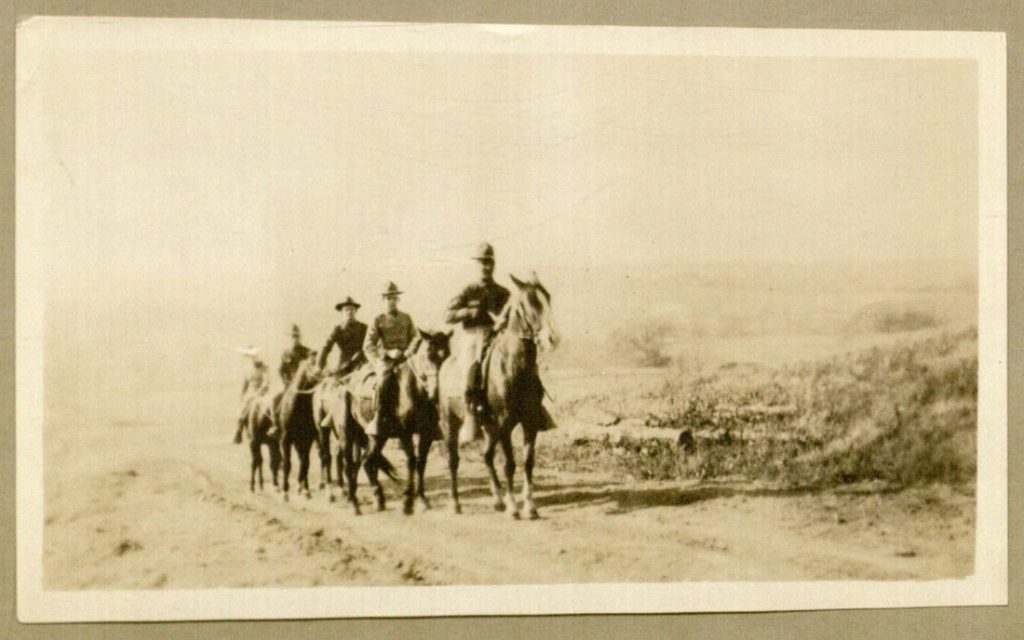 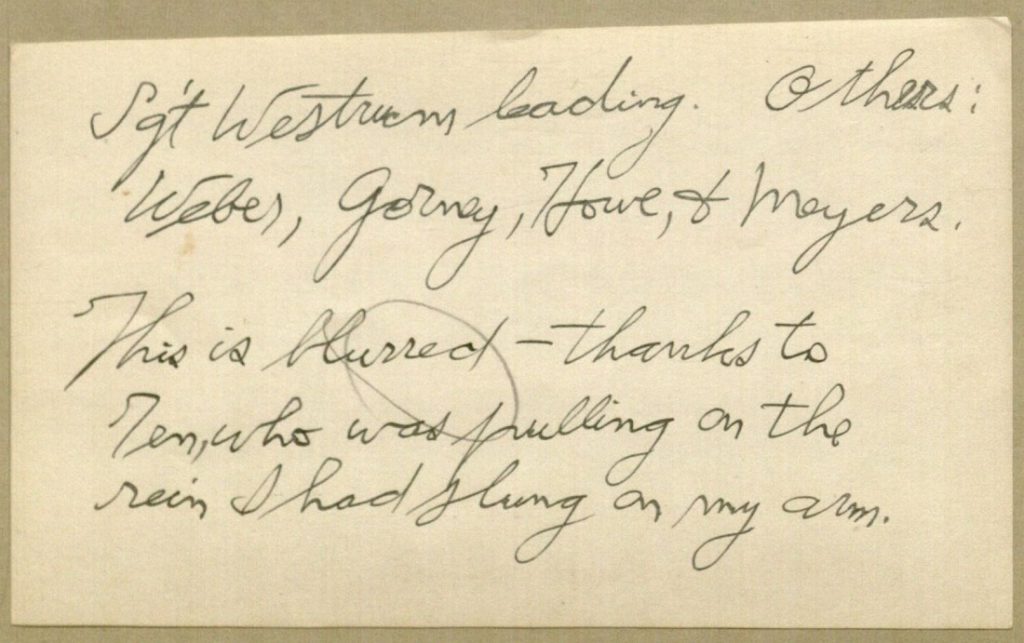 Sg’t Westrum leading. Others: Weber, Gorney, Howe, & Meyers.
This is blurred – thanks to Ten, who was pulling on the rein I had slung on my arm.

This entry was posted on Monday, November 6th, 2017 at 4:43 pm and is filed under Kansas Collection. You can skip to the end and leave a response. Pinging is currently not allowed.