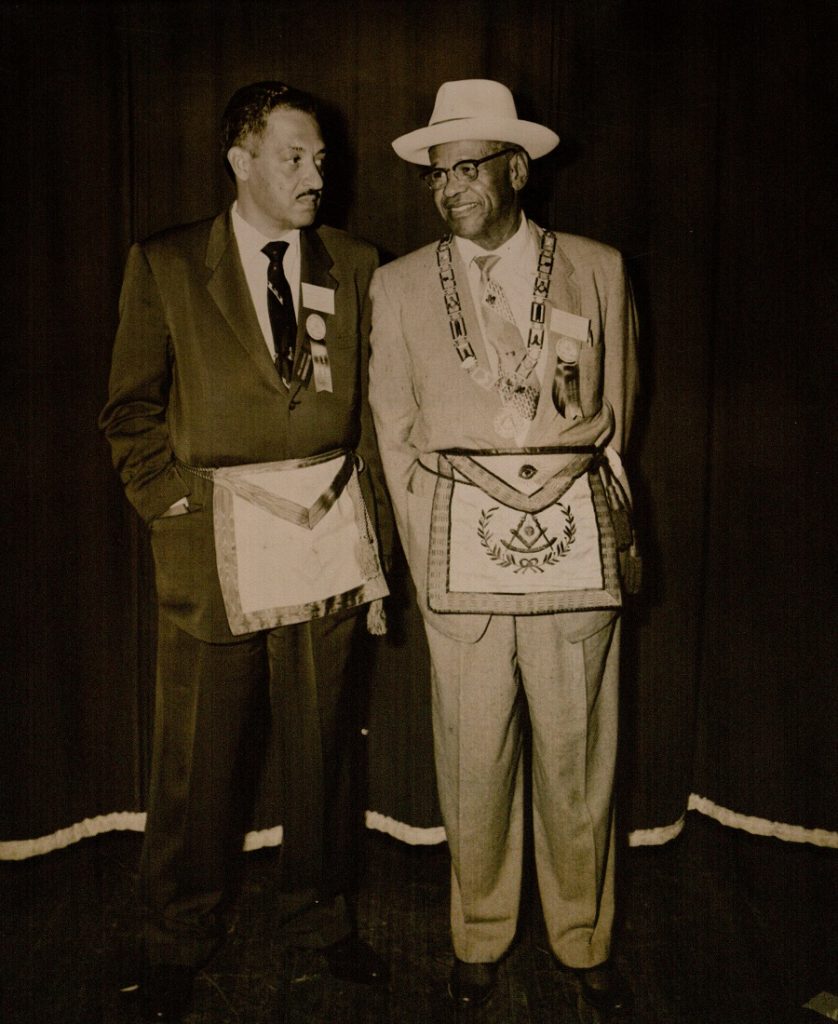 Photograph of Thurgood Marshall (left) and an unidentified man, undated.
As shown by the apron he’s wearing, Marshall was a member of
Prince Hall Masons. J. B. Anderson Papers and Photographs.
Call Number: RH MS 1230. Click image to enlarge.

In recognizing the humanity of our fellow beings, we pay ourselves the highest tribute.

In 1967, Thurgood Marshall became the first African American justice appointed to the Supreme Court of the United States. Before his tenure on the Supreme Court, Marshall was a renowned attorney and founder of the NAACP Legal Defense and Educational Fund, and he championed civil rights through his work. One of these cases, State of Connecticut v. Spell, is the topic of the new movie Marshall. The film’s national release date – October 13th – closely coincides with the 50th anniversary of Marshall’s swearing in as a Supreme Court Justice (October 2, 1967).

Inspired by the release of Marshall, and in honor of the life and legacy of this remarkable man, Spencer Research Library invites you to explore our collections related to one of Thurgood Marshall’s most famous court cases: Brown v. Board of Education, the landmark case that ended racial segregation in schools. 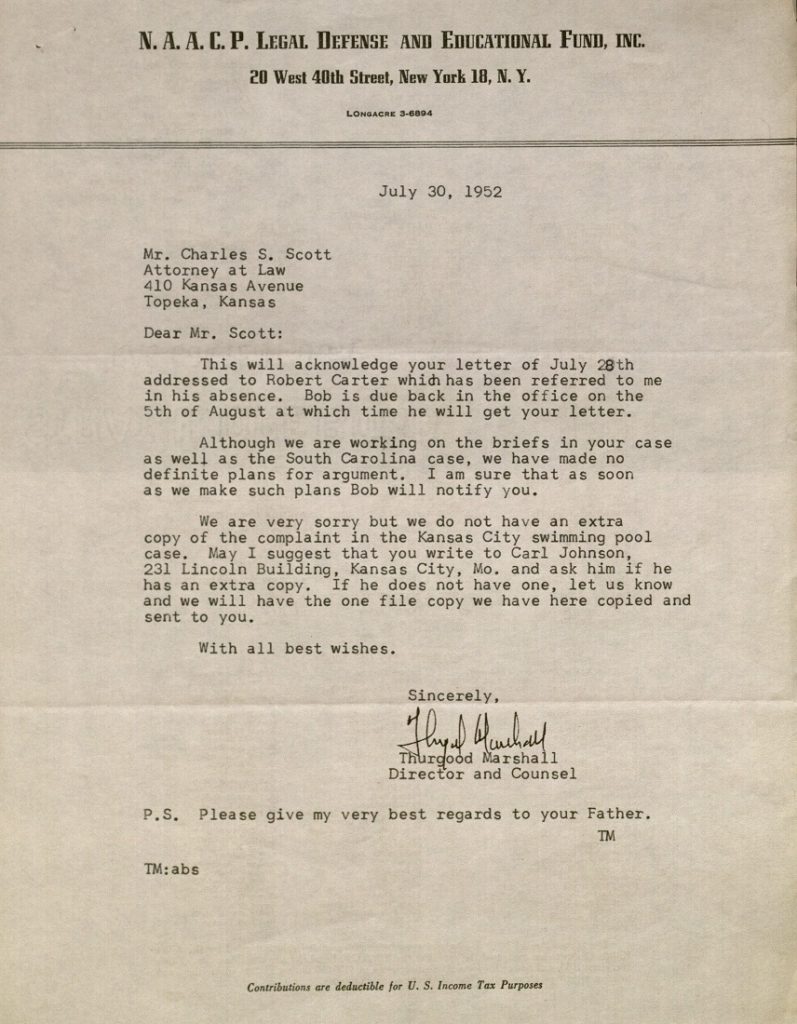 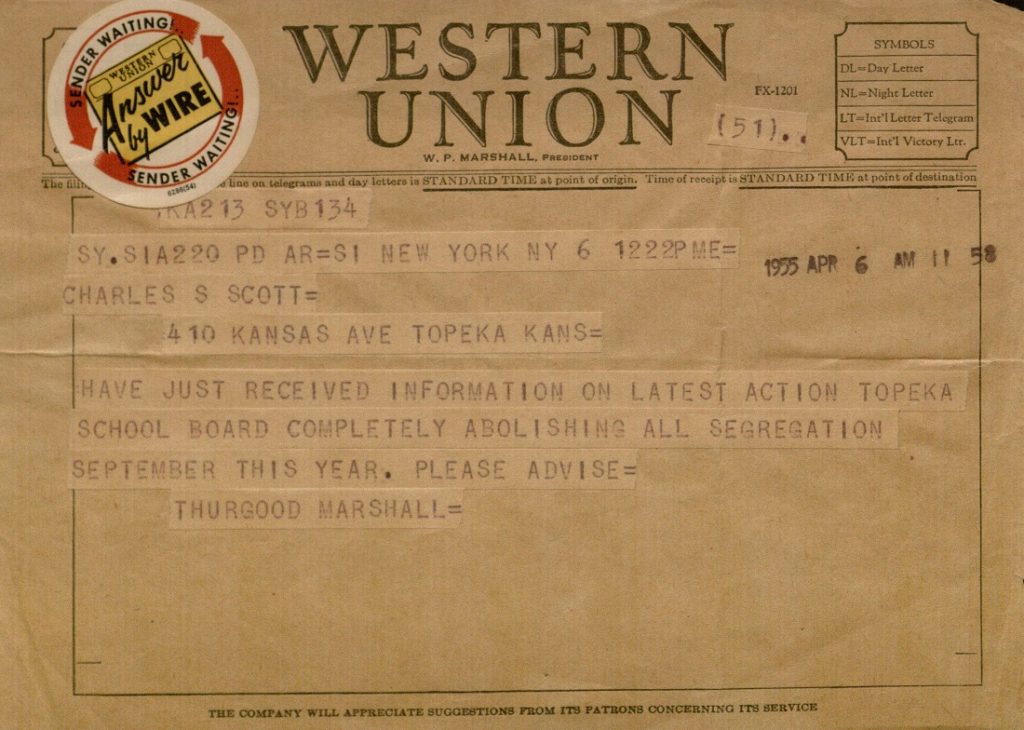 J. B. Anderson papers and photographs – J. B. Anderson was a Topeka, Kansas, resident and active community member. He was also a popular photographer who documented the local African American community and their experiences in Topeka. In the photographs of this collection are a few photos of Thurgood Marshall at a Chicago-area Masonic event.

This entry was posted on Friday, October 13th, 2017 at 11:02 am and is filed under Kansas Collection. You can skip to the end and leave a response. Pinging is currently not allowed.