Next Monday, April 30th, marks the anniversary of the 1926 dedication ceremony to lay the cornerstone of the Memorial Union. Along with the stadium, it was built to honor the 129 KU men and women who died in World War I. 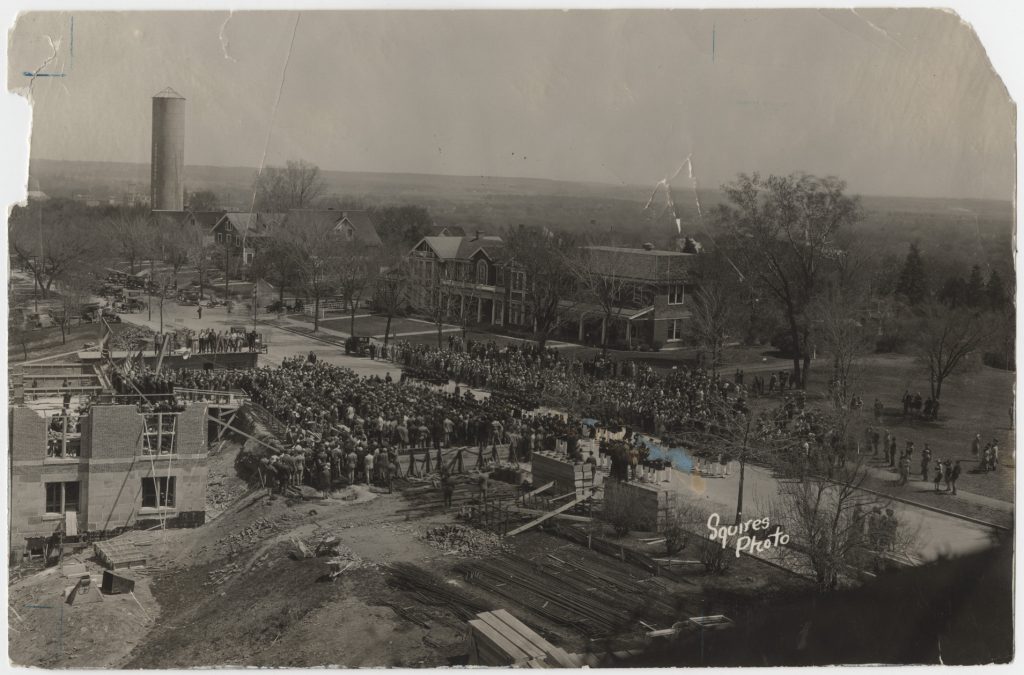 The building across the street from the Union is Myers Hall, the home of KU’s religious studies department before the construction of Smith Hall at the same location in the 1960s.

In its coverage of the ceremony, the University Daily Kansan student newspaper estimated that “3,000 students, soldiers, families of soldiers who fought in the World War,” and alumni were in attendance.

Here is another view of the ceremony, looking the opposite direction. 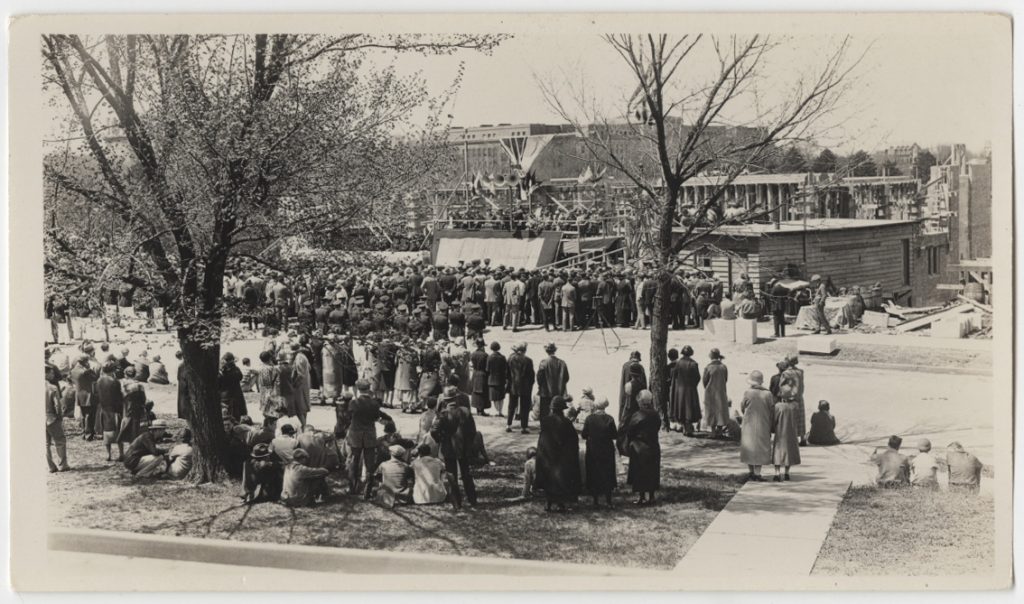 The April 1926 Graduate Magazine provided a preview summary of the event, which followed a parade down Jayhawk Boulevard, from Robinson Gymnasium (located where Wescoe Hall now stands) to the Union site. 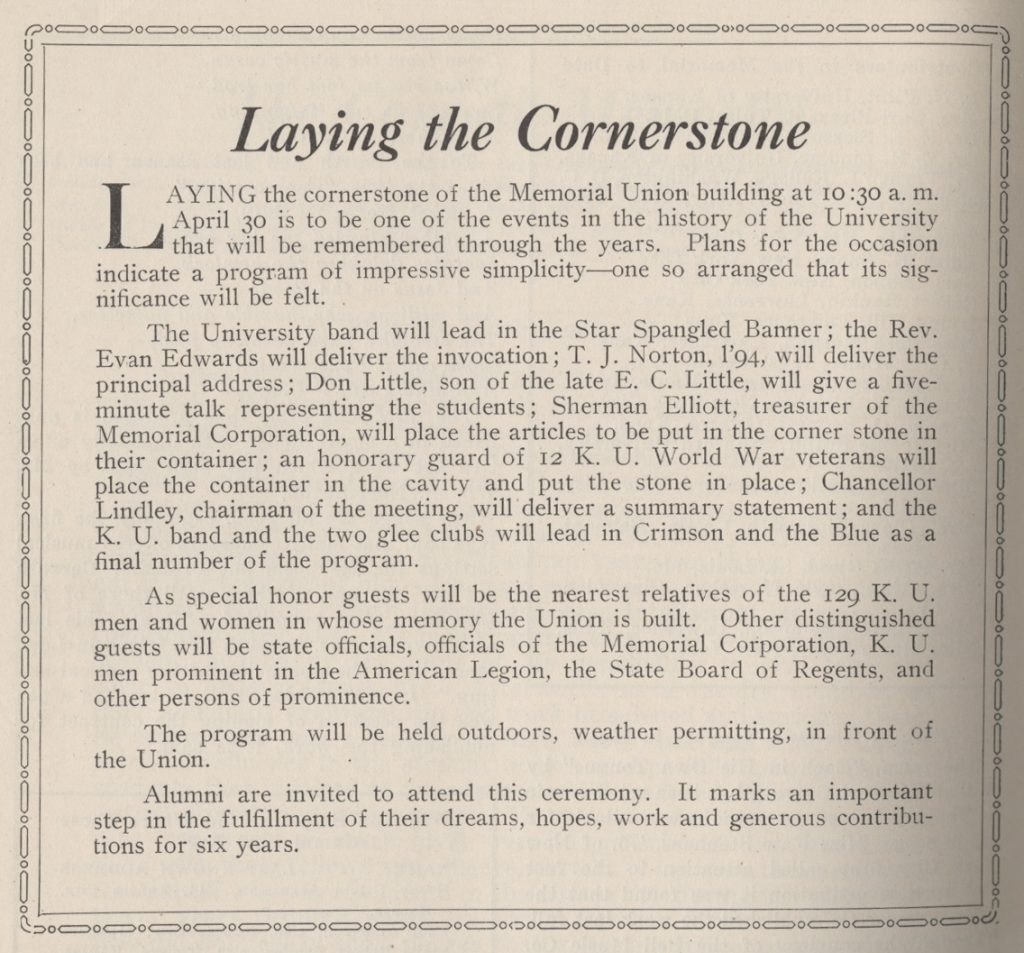 This entry was posted on Thursday, April 26th, 2018 at 9:07 am and is filed under Throwback Thursday. You can skip to the end and leave a response. Pinging is currently not allowed.

Is there a list or link to the names of the 129 who died?

Dear Jeff, An earlier blog post (https://blogs.lib.ku.edu/spencer/throwback-thursday-memorial-day-edition) provides a link to a list. The list appeared in the KU Alumni Catalogue (1922). The Memorial Union also recognizes the 129 students who died in World War I with encased photos displayed on the sixth floor (https://luna.ku.edu/luna/servlet/s/r3eri8). If you check various sources, there seems to be a slight discrepancy about the exact number of KU men and women who died in World War I.