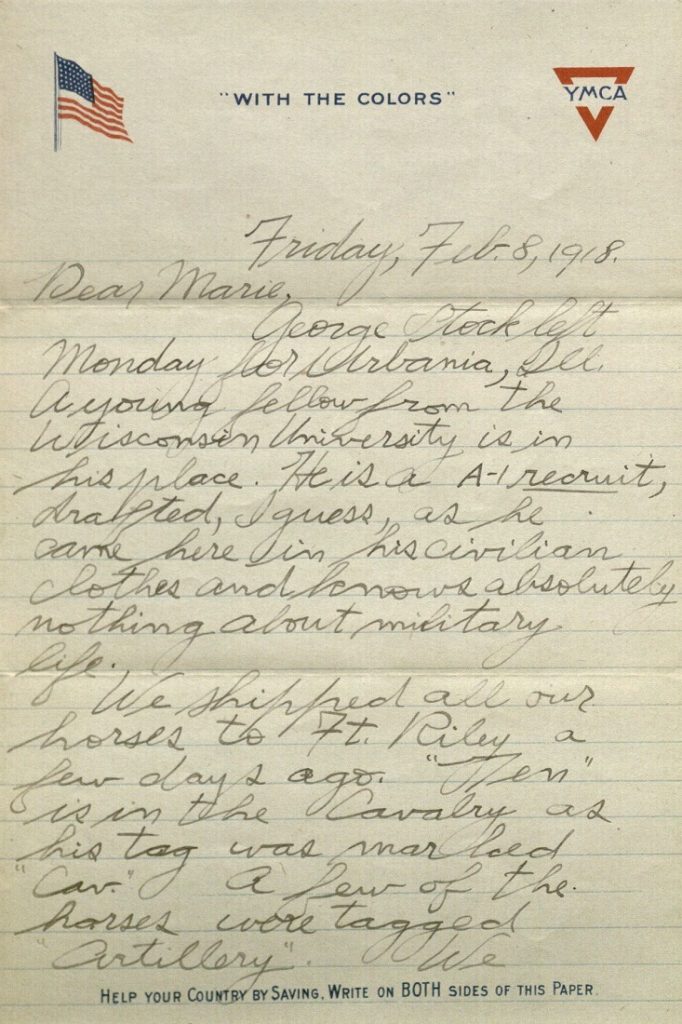 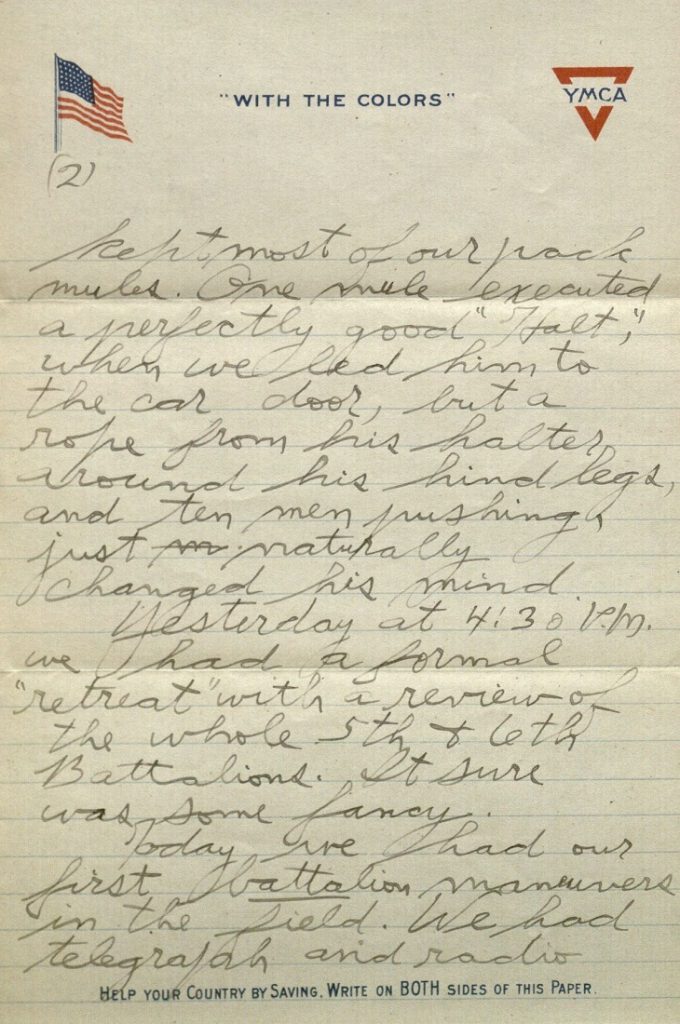 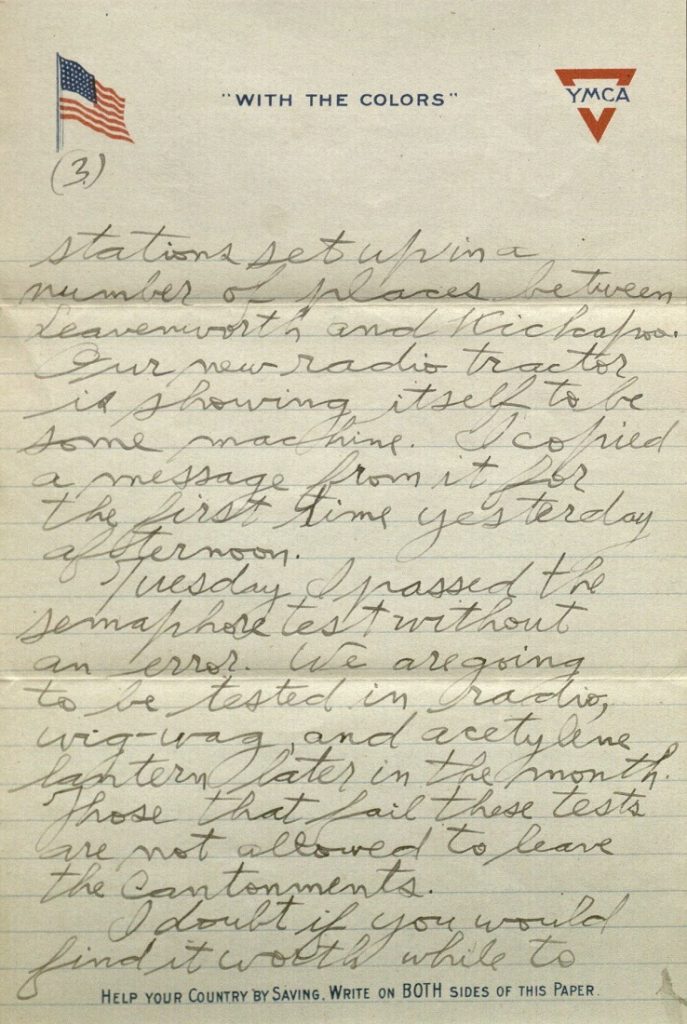 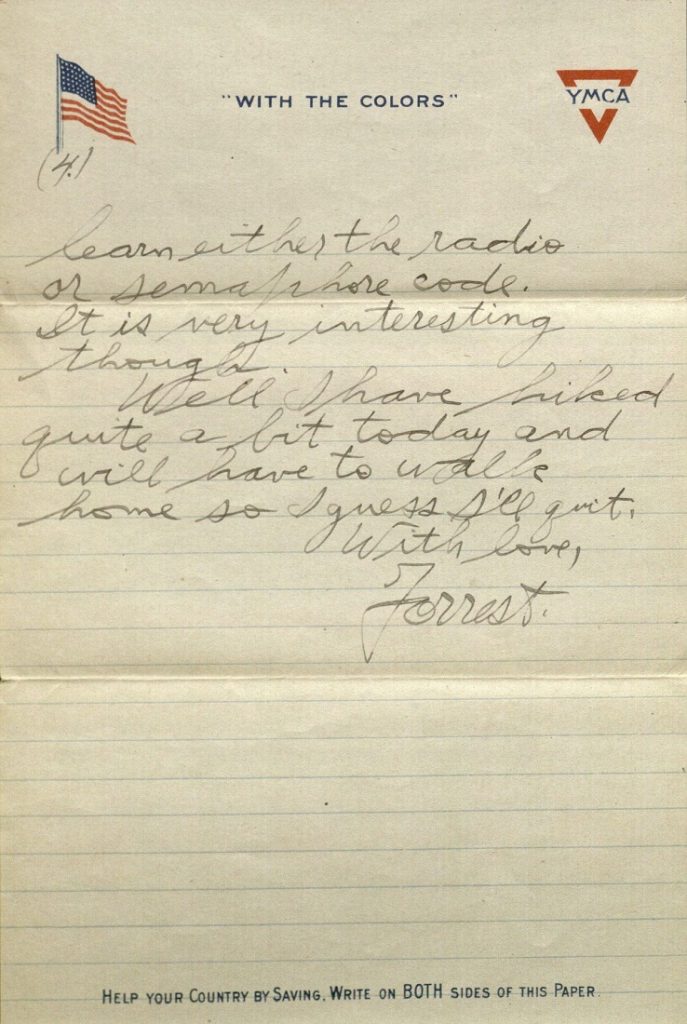 George Stock left Monday for Urbania, Ill. A young fellow from the Wisconsin University is in his place. He is a A-1 recruit, drafted, I guess, as he came here in his civilian clothes and knows absolutely nothing about military life.

We shipped all our horses to Ft. Riley a few days ago. “Ten” is in the Cavalry as his tag was marked “Cav.” A few of the horses were tagged “Artillery.” We kept most of our pack mules. One mule executed a perfectly good “Halt,” when we led him to the car door, but a rope from his halter around his hind legs, and ten men pushing, just naturally changed his mind.

Yesterday at 4:30 P.M. we had a formal “retreat” with a review of the whole 5th and 6th Battalions. It sure was some fancy.

Today we had our first battalion maneuvers in the field. We had telegraph and radio stations set up in a number of places between Leavenworth and Kickapoo. Our new radio tractor is showing itself to be some machine. I copied a message from it for the first time yesterday afternoon.

Tuesday I passed the semaphore test without an error. We are going to be tested in radio, wig-wag, and acetylene lantern later in the month. Those that fail these tests are not allowed to leave the Cantonments.

I doubt if you would find it worth while to learn either the radio or semaphore code. It is very interesting though.

Well I have hiked quite a bit today and will have to walk home so I guess I’ll quit.

This entry was posted on Monday, February 5th, 2018 at 4:21 pm and is filed under Kansas Collection. You can skip to the end and leave a response. Pinging is currently not allowed.